Since the end of August last year shares of renewable chemicals developer Amyris (AMRS:  Nasdaq) have been in a steady decline.  Since falling through a line of price support near the $2.50 price level in early December 2014, it appears there is no safety net for AMRS.  The stock set a new 52-week low in the third week in January 2015.  Unfortunately, a popular technical indicator, the average directional index, is providing a very strong indication that the stock could fall even further.   With its stock chart providing no hints at a reversal in trend, Amyris could use a bit of fundamental magic.

The company has made some progress in its plan to commercialize its renewable chemical innovations.  The company has developed a line of industrial solvents based on a renewable hydrocarbon called farnesene.  Amyris is selling the line of solvents under the brand name Myralene. Just the day before the stock set that 52-week low price, management announced arrangements to market Myralene through two automotive and industrial distributors with access to over 35,000 points of sale.  Apparently there is no magic in distribution partnerships.

In early December 2014, Amyris received approval for its renewable jet fuel by regulatory authorities in Brazil.  The approval makes it possible for Amyris to sell jet fuel made from its proprietary biofene hydrocarbon.  Amyris also reported that a study completed by a scientific journal has proved Amyris jet fuel has a 90% smaller carbon footprint than fossil fuel.  News that Amyris was prepared to save the world from greenhouse gas emission one flight at a time, did impress investors enough to create a very bullish ‘engulfing’ pattern in AMRS trading the day after the Brazil regulatory announcement, but the bullish sentiment was short lived.  Evidently, not enough fundamental magic is conjured up through saving the planet.

Amyris is selling its jet fuel in Brazil on its own.  For the world jet fuel market, the company has entered into a partnership with Total S.A. (TOT:  NYSE) , a world leader in energy production.  Air France is among the first to order the Total/Amyris biojet fuel.  Air France will use the fuel for its Lab’Line for the Future project, which involves weekly flights between Paris and Toulouse powered by biojet fuel.  The flight-by-flight switch to renewable fuels for commercial aircraft is thought to facilitate chemistry development and production capacity expansion by innovators like Amyris. AMRS has lost 9.5% of its value since the Air France announcement, making it clear there is little to no magic in a world class customer relationship either.

What might be putting a damper on investor enthusiasm is the Amyris balance sheet.  In the twelve months ending September 2014, the company used over $100 million to support operations.  Amyris has been relatively well fortified with cash resources by its various venture investors.  However, the bank book is looking a bit thin.  At the end of September 2014, Amyris reported a total bank balance of $68.6 million.  At the rate Amyris management had been going through cash, its cash hoard will last until about June 2015.

The dark threat of dilution is often exposed by dwindling cash resources as investors fret over the time line to breakeven and whether cash can last to that point.  Dilution anxiety can dampen even the most impressive magic show. 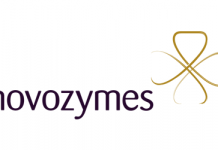 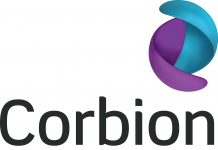