As a “gearhead” (engineer) I must admit I truly enjoy looking at all the cool technologies being developed by cleantech companies.  The promise of cleantech hinges, in part, on these innovations.  So it is not surprising that so much focus in the blogosphere and the press is given to the funding and development of these new technologies.  Much like the dot-com buzz in the mid-90s, today we celebrate the amazing innovations that are taking seed.
But for cleantech to avoid the fate of synfuels of the ‘70s or that of many of the early dot-coms, we must create real companies that generate revenue, margins and profit.

In a tough economic climate some cleantech companies are showing such success.  Demand energy management companies EnerNoc (ENOC) and Comverge (COMV) had exceptional growth in 2009, and EnerNoc turned the corner to positive net income (see data below).  Both are early venture funded cleantech success stories. LED manufacturer Cree (CREE) continued its exciting revenue and profit growth.  And while finances of the much more numerous privately held cleantech companies are typically held close to the vest, I can say that our own LED lighting portfolio company, TerraLux, not only had exceptional revenue growth but also showed its first period of positive cash flow.

2010 has the potential to be a breakout year for certain categories of cleantech.  The IPO market is heating up and this could be the year where we see our first significant wave of cleantech IPOs.  A123 blazed a trail with its successful IPO during the tough 2009 market.  In 2010 we could see the IPOs of Tesla Motors (electric vehicles), Silver Spring Networks (smart grid), Solyndra (solar), Codexis (biofuels), as well as others.  If we see a string of successful IPOs, momentum for cleantech venture investing should experience further pick-up, and we should see increased interest from institutions willing to back venture capital funds.

All of this plays out for 2010 to potentially be a big year for real cleantech businesses – those with exciting revenue growth, IPOs and, yes, some even with profits.

One major variable in the 2010 forecast:  Legislation around cap and trade will undoubtedly be a hotly discussed item this year.  The passage of any legislation that has the impact of increasing the price of fossil-based energy sources will provide additional market momentum and increase the ability of cleantech companies to compete in the open marketplace.  Even if the provisions of such legislation do not go into effect for several years, I suspect the market will begin to react to the pending changes fairly rapidly.  But more on this next time. 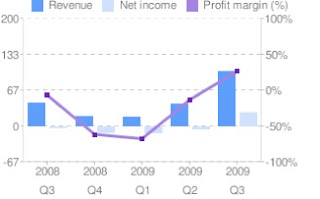 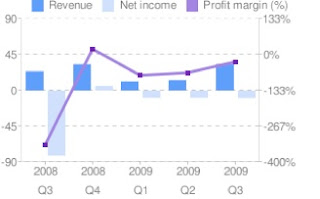 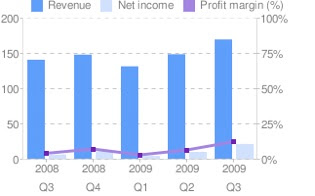 David Gold is an entrepreneur and engineer with national public policy experience who heads up cleantech investments for Access Venture Partners (www.accessvp.com). This article was first published on his blog, www.greengoldblog.com.