India is amongst the largest renewable energy markets in the world, ranking third in solar, fourth in wind and fifth in hydro power capacity. Due to its rapidly growing economy, India’s energy needs are constantly on the rise. Moreover, countering air pollution has become one of the government’s top priorities. To achieve this, it has set out the world’s largest expansion plan for renewable energy – a 5x increase of installed capacity to 450 GW by 2030.

The Indian renewable energy market can broadly be divided into two categories – private firms and state-owned enterprises (known as public-sector undertakings or PSUs). The latter refers to firms founded and/or owned by the Government of India.

To promote private sector involvement in the growth of renewables, the government has relaxed some restrictive legislation for companies and investors. For instance, they have made obtaining foreign investments far easier, demystified the auction process for renewable projects and cut corporate taxes for renewable energy firms. Consequently, India has become much more attractive for investors. This is evidenced by double-digit market growth rates and doubling of FDI over the last 5 years.

While private firms are assuming larger roles, PSUs have been spearheading the renewable movement in India for decades now. A lot of these firms are listed on the stock market. This is usually due to the government’s attempts to disinvest and reduce its expenses. It also makes these firms accountable to the public, which introduces some discipline and efficiency within them and makes them more competitive. So, publicly listed PSUs are generally comparable to private firms in terms of investability.

The government needs an estimated $72 billion by 2022 and $350 billion from 2023-2030 for its expansion plans. On an annual basis, this translates to about $30 billion of investment opportunities – almost thrice the current amount of $11 billion. At the same time, corporate and public interest is increasingly turning towards environmentally-compatible investments.

Thus, the market has potential for strong overall growth in the decade to come. Investors hoping to profit from India’s renewable growth should begin their research with the companies detailed below (there are several more listed on various exchanges).

By far, the best-performing stock in the private (non-governmental) renewables market in India is Adani Green Energy (NSE: ADANIGREEN) (AGE). It is a subsidiary of the infrastructure-oriented Adani conglomerate, which is also India’s largest private power company.

AGE has almost 14 GW of capacity under construction or installed, and it intends to grow to 25 GW by 2025. It holds the ambition of becoming the largest solar company worldwide. Although its primary focus lies on solar and wind, AGE is looking for partners to diversify into equipment manufacturing and other renewables. To achieve this, it has planned to invest an additional $15 billion over the next five years into expansion operations.

The stock has performed exceptionally well over the past 5 years, growing almost 800% over the last year alone. It has also been virtually unscathed by the Covid situation. AGE currently has a market cap of about $7.1 billion.

A similar firm is the Tata Power Company (NSE: TATAPOWER) (TPC). This is a subsidiary of the Tata Group, one of the biggest and oldest business conglomerates in the world. TPC is the largest integrated power company in India.

TPC operates primarily in solar, wind and hydro, and has a generation portfolio of about 3.8 GW, which accounts for about 30% of its total power generation. It is also India’s largest exporter of solar cells and modules, and one its largest installers of rooftop solar. Apart from this, it also produces solar pumps and filtration systems.

The company has expressed its intentions to expand the proportion of its renewable generation in the coming years. TPC has a market cap of about $1.8 billion and annual revenues exceeding $1.2 billion.

Another subsidiary firm in the renewables sector is JSW Energy (NSE: JSWENERGY), part of the JSW conglomerate. Its parent company is India’s largest private steel manufacturer, and is also prominent in the cement and infrastructure sectors.

JSW presently has a portfolio of 1.5 GW in hydropower and a singular solar power project, which together constitute about 25% of its total capacity. It has diversified abroad by investing in natural resource companies in South Africa.

However, the company is targeting a portfolio of 20 GW by 2025, and has committed to making renewables the core of this expansion. It recently called off a large 1 GW thermal power deal, and has pulled the plug on all expansions in the conventional sector for the time being. JSW has a market cap of about $1.17 billion and annual revenues exceeding $1.3 billion.

Azure Power Global Ltd. (NYSE: AZRE) is the first Indian energy company with a US stock market listing. Azure is focused on bringing solar energy to India, and emphasises on its pursuit of low cost energy production.

It has a portfolio of about 3 GW, and up to 6 GW more of projects lined up. Azure has a market cap of about $1 billion, and recorded quarterly revenue growth between 30-40% in FY19-20.

Further, it is also the first pure-play solar company in the world to offer Green Bonds under the Climate Bonds Initiative framework. Two such bonds, maturing in 2022 and 2024, have been issued to date.

A list of power PSUs in India would be incomplete without the National Thermal Power Corporation (NSE: NTPC). This is the largest energy producer in India, with a total installed capacity of about 62 GW and about the same under development.

Presently, it has a portfolio of about 4 GW in renewables, mainly focused in hydro. However, it has undertaken a commitment to increase this to 32 GW by 2030, out of a target of 130 GW. This would make renewable energy responsible for 25% of its total generated output.

NTPC recently committed $6.7 billion to renewable expansion, exhibiting massive growth potential in the sector. It currently has a market cap of about $11.5 billion, and is amongst the most profitable PSUs.

The equivalent of NTPC in the hydropower sector is the National Hydro Power Corporation (NSE: NHPC). This venture was founded by the government in 1975, with the specific objective of promoting and developing the use of water as a renewable source.

Since then, it has come a long way – it now has a portfolio of about 11 GW and assets worth $9 billion. NHPC has revenues exceeding $1.4 billion, and a market cap of $2.45 billion. Its fundamentals have recorded a strong growth in recent years.

Another major hydropower player is Satluj Jal Vidyut Nigam Limited (NSE: SJVN), commonly referred to as SJVN. Starting from a single large project in one state in India, it has expanded substantially since then. SJVN has diversified into power transmission, solar power and wind power, and even operates in neighbouring nations like Nepal and Bhutan. Now, it is making forays into thermal power.

The current portfolio of SJVN is about 8 GW. 2.6 GW of this is installed, whilst another 2.4 GW is under active development. The firm is targeting an installed capacity of 12 MW by 2030. Its market cap is close to $1.2 billion, and its net worth is about $1.5 billion.

The Nevyeri Lignite Corporation India (NSE: NLCINDIA), founded by the government in 1956, is unique because it was initially a coal mining operation. It then expanded into thermal power generation. Recently, it has become a substantial producer of renewable energy too.

Its portfolio is currently sized at 1.5 GW, and it plans to expand this almost threefold to 4.2 GW over the next 5 years. NLC has a market cap of about $930 million. It has assets exceeding $7.5 billion, and annual revenues of nearly $1.6 billion.

Bharat Heavy Electricals Limited (NSE: BHEL) is the country’s largest power equipment manufacturer. As the firm of choice for most government renewable projects, it has produced equipment for solar, wind, hydro, nuclear and geothermal plants.

BHEL has a portfolio of more than 1 GW in solar farms, 30 GW in hydroelectric plants under construction, and large-scale wind and geothermal projects. It is a leading exporter of renewable equipment, with installations in over 80 countries. It also has significant holdings in cell and panel manufacturing.

The company has several possible growth prospects. It is a leading producer of solar-powered water pumps and spacecraft solar modules, which are growing industries. Moreover, it is likely to be heavily involved in most governmental renewable operations, making it well poised for the future. BHEL currently has a market cap of around $1.7 billion and revenues exceeding $3 billion.

The companies listed above represent the strongest and/or largest players in the Indian renewable market. There has been an encouraging commitment to green energy from companies, governments and the public alike. These factors promise investors multiple opportunities to participate in India’s renewable growth journey.

Ishaan Goel is a high school senior studying in the Dhirubhai Ambani International School, India. He likes applied mathematics and statistics, especially their relation to economics and finance. He is very interested in green energy and sustainable technologies, because of their potential and rising relevance for the future. Ishaan’s hobbies include writing, long-distance running, playing the keyboard and coding. 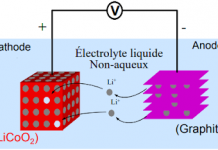 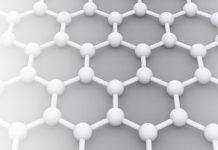