This morning, hedge fund Water Island Capital called on Pattern Energy (PEGI) Shareholders to vote against the merger with the Canada Pension Plan Investment Board (CPPIB).

Water Island claims the merger is undervalued compared to the recently surging prices of other Yieldcos, and that PEGI would be trading at over $30 given current valuations.  There are not a lot of other Yieldcos left, especially if we eliminate those with their own special circumstances.  These are Terraform Power (TERP) which is subject to its own buyout agreement with Brookfield Renewable Energy (BEP), and Clearway (CWEN and CWEN/A) where the PG&E (PCG) bankruptcy is still causing a little lingering uncertainty.

Of the remaining Yieldcos, NextEra Energy Partners (NEP) is up 25% since the merger was announced, Atlantica Yield (AY) is up 33%, and Brookfield Renewable (BEP) is up 50%.

PEGI’s pre-merger price was approximately $23, meaning that if it had risen as much as its peers, it would currently be trading between $28.75 and $34.50, so Water Island’s valuation is credible.

Between 1 and 2b, selling now is clearly the better choice.  In the case of 2a, we need to consider likely changes in Yieldco valuations between now and November.  If they continue to increase, we will see an even higher valuation for PEGI, but we could have also invested the $28 we got by selling today in one of the other Yieldcos.

If Yieldco prices stay the same, we will have a return of between $1 and $7 compared to our $28/share in the next 9 months.  That’s about 14%, which is good, and fairly large compared to the risk that the merger goes through.

I chose to take the money and run.  $28 cash seems like a good deal in an uncertain market.  The decision is more because I worry about Yeildco valuations overall than my concern about the small loss if the merger does go through.  If Yeildco prices fall back to more reasonable levels, the potential gains of voting against the merger vanish.

Naturally, if PEGI’s price falls back down or rises more by the time you read this, the calculations will change.  $0.50 either way can make a big difference in this risk-reward calculation.  Expect the stock to remain volatile until we know the result of the vote on March 10th, and even longer if the first vote fails. 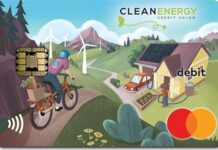 Why is Terraform Power Trading at a Premium to the Brookfield Renewable Merger Value?