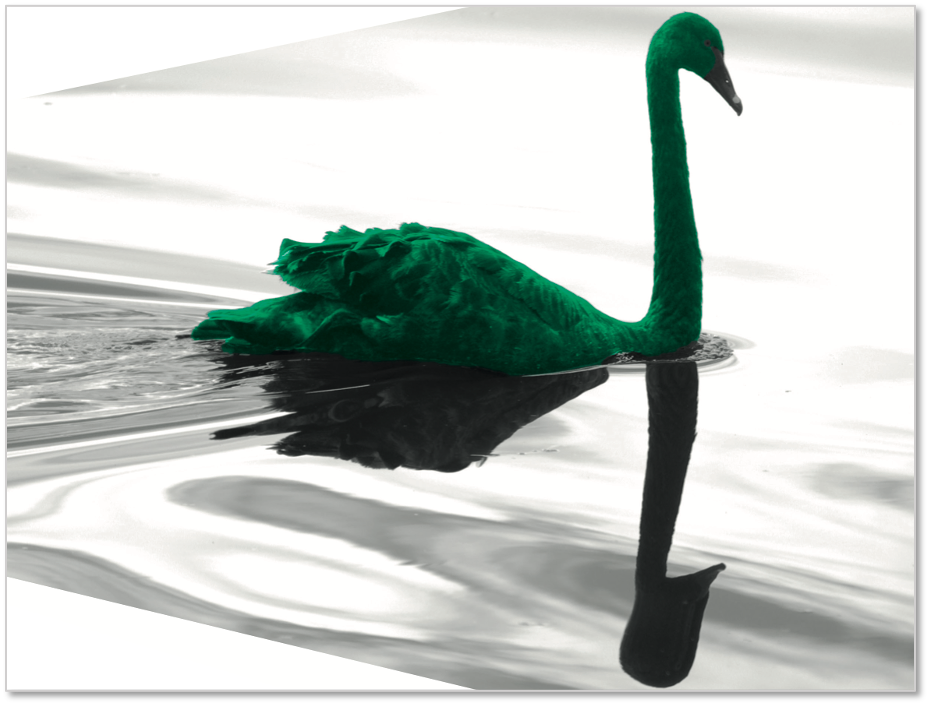 In January, authors from several institutions under the aegis of BiS, published The Green Swan[1] Central banking and financial stability in the age of climate change setting out their take on the epistemological foundations for, and obstacles against, central banks acting to mitigate climate change risk.

The book’s early chapters provide a cogent and up-to-date analysis of climate change’s profound and irreversible impacts on ecosystems and society. The authors are critical of overly simplistic solutions such as relying on just carbon taxes. They also recognize the all-too-evident deficits in global policy to respond to the threat.

In short, they accept the need for central banks to act.

Firstly, climate change’s impact on financial systems is an unknowable unknown – a segment of ignorance which escaped Donald Rumsfeld’s taxonomy.

The many different modelling endeavors seek to trace a path from emissions of greenhouse gases, to stocks in the atmosphere, to climate impacts through damage functions, to company balance sheets, and finally ending with the impacts on financial institutions’ portfolios.

There are just too many degrees of separation for this ever to be a tractable problem. (An equivalent explosion in possibilities could be mapped for policy mitigation risks also.)

But the authors also challenge the current fad for climate stress tests.

What is a representative stress test?

A £200 carbon tax or a 4m sea-level rise will wreak havoc on any bank’s balance sheet. But in reality, the policy to bring about net-zero emissions will never be just a massive carbon tax.

The second challenge the paper puts forward is that confronting banks and investors with the enormity of their risks, will not reduce the climate risk in and of itself. Also, hedging the risks is not viable – banks cannot insure or diversify their way out of climate hell. Instead, system-wide action has to be taken. But the authors recognise: “A rather weakened multilateral order that is an important barrier to address the multiple trade-offs that a global low-carbon transition will generate”.

Their argument is obverse of the Heisenberg uncertainty principle.

What is true at the quantum level is sadly not true at the macro-economic level. Instead of the act of observation altering the subject, the subject remains immutable to scrutiny. The tragedy of the horizon means that even if we all fully understand the hazard confronting us, rather than acting decisively, we just pray calamity does not fall on our watch.

This is a great analysis of the nature of the problem and the authors have been champions of central banks’ engagement and vital to the creation of the Network for Greening the Financial System (NGFS).

But when it comes to action, they are cautious about central banks straying outside their mandates to influence prices or demand and supply for green and brown assets to any large scale.

Instead they advocate the role of the central banks on climate policy to be: “five Cs: contribute to coordination to combat climate change” as though stringing together five alliterative words and coining a new acronym constitutes action.

On the issue of the tragedy of the horizon they blow hot and cold about using ESG screening to counter short-termism but finally plumb for inculcating the “values or ideals of sustainable finance” to cajole finance to become more long-term.

The authors are not enthusiastic about using the policy tools at their disposal to counter climate risk. They disagree with the notion; “central banks could now substitute for many (if not all) government interventions”, echoing similar remarks made by Mark Carney late in 2019. But they put up a straw man argument.

Critics like Climate Bonds are not arguing for central banks substituting for finance ministers, but for joint action. The central challenge for climate finance is not ensuring the financial stability of banks, but ensuring they redeploy scarce resources from brown assets formation to green and allowing the orderly winding down of losses from stranded assets.

This creation of green assets is necessary so that banks can rebalance their holdings to dampen the instability arising from ‘forward risks’.

This means cutting the cost of credit for green so new renewables and climate proofed structures receive cheap and abundant finance outside of the flawed credit-risk models which the authors acknowledge to be flawed.

Central banks and governments need to take immediate and dramatic action. In our October report[2], Greening the Financial System: Tilting the playing field – The role of central banks, we suggest nine things central banks should do to discourage FIs from continuous financing of assets that give rise to climate risks.

These include green QE, brown penalizing factors and the limited use of green-supporting factors to influence the cost of credit for brown and green activities. The EU is developing a taxonomy to define activities aligned to the EU’s environmental priorities including net-zero emissions.

Our discussions with potential issuers of green bonds to create brand new climate aligned assets, always end with the question: What’s in for us? Can we get cheaper finance?

It’s time for central banks to step up and answer: “Yes!”

What financial actors now need is robust policy measures to incentivize investment in these assets.

We agree that a brown penalizing factor would reduce the risk on banks’ balance sheets. But even more important, central banks have to act to stimulate the creation of green assets. The stock of green investment-grade assets is still too low.

We note with approval that the Hungarian central bank[3] (MNB) is experimenting with reducing the cost of credit to energy-efficient mortgages. Similar actions have been taken by Bank of Bangladesh, PBOC in China and Bank of Lebanon.  MNB reconciled the theoretical risk of this green-supporting factor, causing under-capitalization of the lending bank by restricting the aggregate use of this facility. Too much genuine green is a problem we wouldn’t mind having.

Mark Carney recently protested that it wasn’t the role of central banks to introduce carbon taxes through the back door. But as we see too often, the political process’ imperfections mean government only acts once there’s no longer any need for it to do so: it doesn’t act in anticipation of problems, it reacts to them.

As I write this blog the coronavirus is devastating Wuhan. China and other countries have imposed travel restrictions to contain the spread. These mitigation measures will have huge impacts on hundreds of millions of Chinse students and tourists, and the businesses that rely on them.

These certain short-term costs now are seen as necessary to prevent uncertain costs and loss of life from the disease. This decisive action to mitigate a disease contrasts vividly with the procrastination in stopping the destabilizing financial flows that are driving us towards climate oblivion.

To misquote Deng Xiaoping: Who cares whether central banks or governments take the lead the important point is to divert financial spending into green assets.

Prashant Vaze Head of Policy and Government at The Climate Bonds Initiative, an “investor-focused” not-for-profit promoting long-term debt models to fund a rapid, global transition to a low-carbon economy.