Would like to ask your view on TERP potential takeover by BEP (via shares swap) and whether you reckon the recent run-up on TERP is too excessive?

It’s a good question, and one that Robbert Manders on Seeking Alpha did a thorough analysis of here.  For the details of the merger, I refer you to his work.

While his analysis is careful and complete, I disagree with his conclusion.  TERP shares are not trading at a significant premium to the merger value.  The reason is one that Manders touches on, but dismisses as immaterial.  He says:

There is one more factor that can sow confusion which is that the shares to be issued to TERP shareholders will be BEPC, a new corporate share class. It is created to accommodate shareholders who want to own shares of a corporation instead of a partnership. The shares will have the same economic characteristics as BEP units and they will be convertible as well. I regard this as a minor detail to the thesis.

The difference between BEP and BEPC is not a minor detail.  I discussed this new class of shares in December:

Brookfield Renewable Energy Partners announced a stock distribution and the creation of a new corporation, Brookfield Renewable Corporation (BEPC).  This will allow investors who are not able to invest in limited partnerships like BEP to also invest in the stock, which is designed to have identical distributions to BEP and will be exchangeable for BEP units.  The stock price of BEP has been climbing since the announcement in anticipation of the new demand for shares from this new potential class of buyers.

If Brookfield did not think that BEPC shares would trade at a premium, why would they have bothered to issue the new share class?

Without the ability to convert BEP units into BEPC shares, I predict BEPC will trade at a premium to BEP.  We can see a similar effect with Clearway’s two share classes: CWEN trades at more than a two percent premium to CWEN-A based solely on better liquidity.  The only economic difference between CWEN and CWEN-A is that CWEN-A shares have more voting rights than CWEN, but large investors value the additional liquidity so much that they pay more than 2% extra to give up most of their votes.

With BEPC, many large investors will be able to buy BEPC but not BEP, so the BEPC premium over BEP is likely to be higher than CWEN’s premium over CWEN-A.  I expect it to be a little more than the 4% that has Robbert Manders trumpeting an arbitrage opportunity that will turn out to be illusory, and could easily lead to him losing money.

Should Pattern Energy Shareholders Vote Against the Merger? 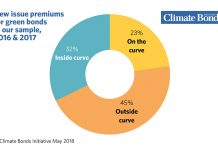