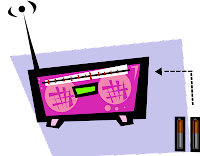 Advanced battery producer A123 Systems, Inc. (AONE: Nasdaq) has flamed out, with the cinders of its lithium ion technologies snapped up by Johnson Controls, Inc. (JCI:  NYSE).  Much has been written in the financial press over the past few weeks about the fate of A123 and the next step by Johnson Controls.  What is more, because A123 had received government loan assistance, the political pundits have taken advantage of the company’s embarrassment to make their case for or against government in general and public alternative energy investment in particular.

What really has me wondering is what this turn of events means for the other upstart battery producers.

A123 Systems spent $186 million on research and development over the last three and a half years and ran up a $329.1 million loss on $151.9 million in sales in the company’s last fiscal year ending June 2012.  Numbers like those could lead an investor to suspect mismanagement.  Have the others operated with greater prudence?

In a new series on advanced battery technologies, we will look at spending on research and development by these companies and make some comparisons of operating strategies.