Ormat Technologies, Inc. (ORA:  NYSE) recently reported financial results for the three-month period ending September 2018  –  the first full quarter without the revenue and earnings of the company’s Puna geothermal electricity generation project.  In early May 2018, the Kilauea volcano erupted, giving the Hawaiian Islands a grand fire show.  For Ormat and its neighbors near its Puna Geothermal Power Project the volcano was more nightmare than entertainment.  Within a few days Ormat was forced to shut down the facility on Kilauea by removing surface equipment and plugging the geothermal well holes.  Nonetheless, three well sites, the electric substation, an adjacent warehouse and drilling equipment were overtaken by flowing lava and destroyed. 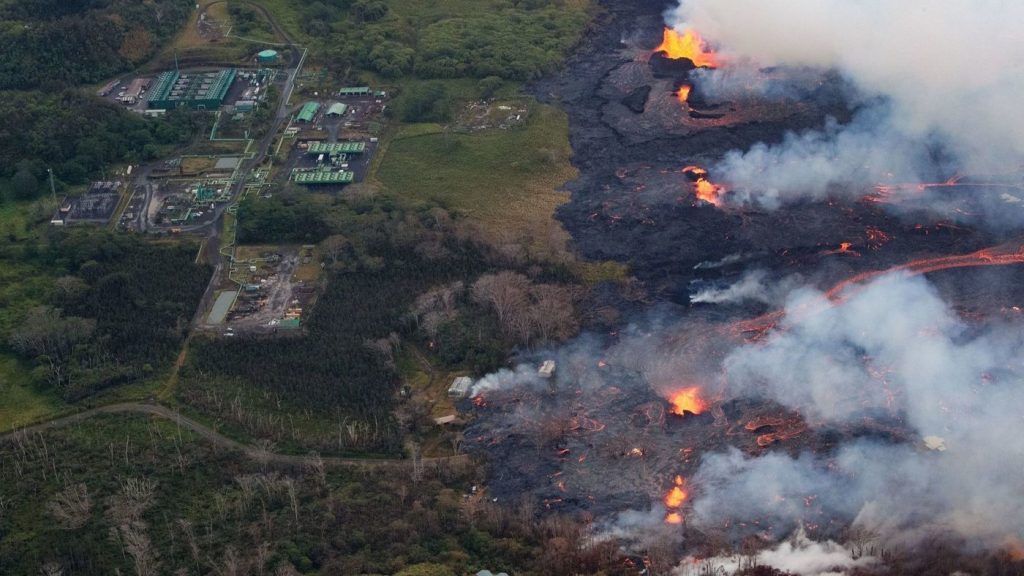 The last revenue Ormat received from the sale of electricity generated at the 38 megawatt plant at Puna was in the month of April 2018.  The sting of the loss in the second quarter was reduced by the receipt of $7.2 million in insurance payments related to the loss of the drilling equipment. Management pledged to negotiate for additional coverage for the loss of property and profits.

In the meantime, the company must limp along without Puna.  In the quarter ending September 2018, Ormat reported a total of $166.5 million in sales, of which $116.9 million was from the sale of electricity at its several geothermal generating plants.  This compares to $157.2 million and $110.9 million, respectively, in the same quarter of the previous year.  The increase is largely due to the acquisition of three operating plants in the continental U.S. totaling 38 megawatts  –  about the same size as the shuttered Puna plant.  Ormat had also elevated new power plants to commercial operations  –  the Platanares plant in Honduras, the Tungsten Mountain plant in Nevada and the Plant 1 expansion at Olkaria in Kenya.  Altogether power generation increased to 1.37 megawatt hours compared to 1.24 megawatt hours in the previous year period.

Even though Puna did not contribute to the top-line in the September quarter, the plant did incur some costs and expenses.  Indeed, management indicated in the quarter report that excluding Puna items, electricity costs would have been 35.3% of total electricity sales or $41.3 million.  The company is building new access roads, cleaning up damaged facilities and assessing the repairs needed to bring the Puna plant back into operation.

If nothing else, Ormat’s last quarter report proves there are still profits without the Puna project.  The company reported a net profit of $10.6 million or $0.21 per share for shareholders in the September quarter.  This compares to $24.0 million or $0.48 per share in the year-ago period when Puna was still steaming along.

The company generated $36.1 million in operating cash flow in the recent quarter, representing a sales-to-cash conversion rate of 21.7%.   Operating cash flow covered more than half of capital expenditures of $61.5 million. Sales and profits are down, but the company still appears capable of paying its own way.

Ormat shares traded off sharply at the beginning of the year, but had begun a recovering when Kilauea shook mountains…and shareholders.  The shares have traded mostly sideways along a line of volume-related price support/resistance hear $52.00, but has recently attempted another recovery.  Nonetheless, the stock remains interesting as Ormat steams along without Puna.

This article was first published on the Small Cap Strategist weblog on 12/7/18 as “Ormat Steams On.”