Geothermal power is a type of renewable electricity that even the most conservative electric utilities find it easy to get behind.  Like conventional coal and gas plants, it uses heat to drive a turbine which in turn creates electricity.  The main difference is that the heat comes from natural geologic processes, rather than burning fossil fuels, making it renewable and free of greenhouse gas emissions, giving it considerable environmental appeal as well.

The problem lies in the resource.  The potential for producing power from solar, wind, and hydropower at any location can be determined both easily and cheaply (at least relative to the cost of building a power plant using these technologies.)

In contrast, the process for assessing a geothermal resource involves drilling a large number of expensive slim wells into some of the most complex underground formations in the world in order to measure the temperatures and composition of the rock below. Even when sufficiently hot rock and geothermal fluids have been located this way, the resource remains uncertain. Now the geothermal developer must drill larger production and injection wells, and test to see if the formation can maintain its temperature even as large quantities of heat are extracted.

The quality of a geothermal resource depends not only on its temperature, but how well it can maintain that temperature when large quantities of heat are extracted to continuously produce electricity.  This is why developers use longer term (one to two months) flow tests on their production and injection wells before they take on the expense of building a geothermal plant.

Unfortunately, even those tests are more useful for gauging near term production than assessing the long term viability of a geothermal resource.

As an investor, this is a lesson I learned the hard way.  Two of the geothermal companies I have owned failed because their resource they expected they could rely on after their long term flow tests declined faster than they expected once it was put in long term production. The difference between expected and actual production are often substantial and have repeatedly driven small geothermal players into bankruptcy.

One such bankruptcy was Ram Power, which eventually reached an agreement with its debtholders in 2015.  This agreement effectively wiped out the previous shareholders, including me.  Hence the hard lesson.  More importantly for current shareholders, it also removed most of the company’s debt burden.   The company’s former debtholders gained control of the company and its assets.  The company changed its name to Polaris Infrastructure  and Canadian ticker to match (TSX:PIF), but retained its old US pink sheet stock ticker RAMPF.

The Good Type of Geothermal Company 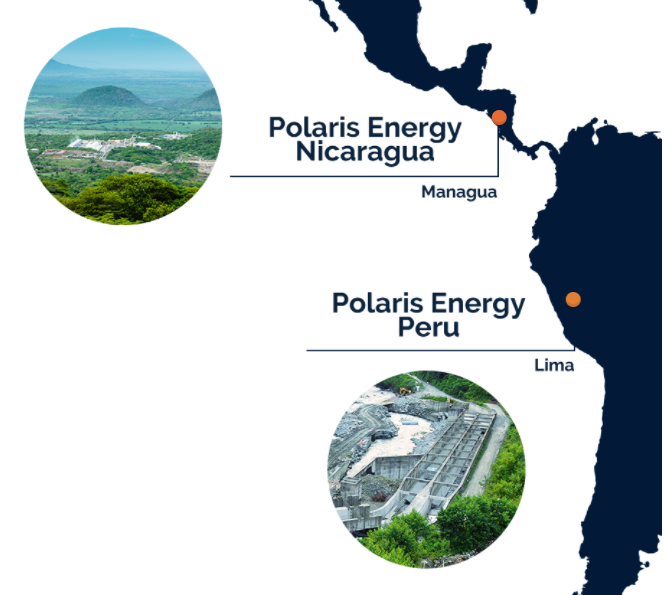 Most importantly, Polaris is much better capitalized than the old Ram Power, with only $93 million of net debt.  (Except where otherwise specified, all dollar figures are in Canadian dollars). This gives it a conservative debt to equity ratio of only 25%. The lower debt burden means that shareholders are much safer should power production fall short.

With predictable cash flows come the opportunity to understand a company’s valuation.  Polaris recently re-negotiated and extended its power purchase agreement with the Nicaraguan government.  This resulted in lower power prices, but a longer contract term and the opportunity to sell additional power by  adding a binary power plant to San Jacinto.  This power plant will generate electricity from the waste heat of the main power plant, and so allow San Jacinto to increase its power output without any additional strain on its geothermal resource.

Given the new power purchase agreement, we need to look at the first half of the year to predict longer term revenue.  For the 6 months ended in June, Polaris produced 331,659 MWh of electricity resulting in $29.8 million in revenue and $21.8 million in adjusted EBITDA. For the full year in 2020, production was 662.9 MWh, $74.7 million in revenue, and $58.7 million in adjusted EBITDA.  Price per MWh dropped from $112.68/MWh in 2020 to $89.85/MWh in 2021.   If we were to assume annual electricity production and expenses to remain constant, revenues in 2021 would be $59.6 million, and adjusted EBITDA will be approximately $43.6 million.  Since production at San Jacinto continues to decline, this should be considered a ceiling for near term revenues and EBITDA, not a floor.

Polaris’ enterprise value (equity +debt) is $557 million, giving it an expected EV/EBITDA ratio of 13 or more.  I generally look for an EV/EBITDA to be below 10 to consider a stock a great value, so while I own some of the company, I don’t consider it a great buy.  That said, it pays (and can afford to pay) a 15 cent (US) quarterly dividend for a 4% yield, and the addition of the new binary power plant should increase production by as much as 20% at San Jacinto (100 annual MWh and an additional $11 million in annual revenue) when it is installed with only a small increase in operating costs.  This could potentially bring Polaris EV/EBITDA ratio down to near 10 at the current stock price ($18.60 for TSX:PIF).

Considering that there are few, if any, clean energy stocks currently trading at great valuations, Polaris looks relatively inexpensive, and has a place in a clean energy income portfolio.

NOTE: The subject of this article was chosen by one of my supporters on Patreon.  Have something you’d like me to research and write about? Become an EV level patron.