The Need To Accelerate Renewables Adoption

Renewables are growing rapidly as a percentage of new electric generation, but are still being assimilated too slowly and still constitute too small of a fraction of total generation, to be able to transition quickly enough to scale into a low carbon economy in time to mitigate climate change.

The issue of providing public support, with subsidies and other reallocation methods, is a politically charged subject. High carbon advocates, for example American Petroleum Institute, argues that support for renewables distorts the market. On the other hand, it has been argued, for example by the IMF, that subsidies for high carbon industries are so pervasive, estimated for 2015 at US$5.3 trillion (6.5% of global GDP) that not only is the market distorted but governments are effectively captured. This dispute will not be resolved in the near term, but the “market” will continue to respond, as has been seen by the dramatic reduction in costs for photovoltaic hardware and batteries.

Structuring the transactions to incentivize the capital markets to reduce financing and other “soft” costs is the pathway that will most likely contribute to accelerating continued development. The market, in broad strokes, consists of three generic groups: 1) project developers (Sponsors) that coordinate project finance to underwrite planning, design, procurement, permitting, etc. 2) end users of the generated power (Off takers) which include major utilities, large commercial industrial corporations, municipalities, universities, etc. 3) and asset holders (Portfolio funds), which acquire completed projects to operate, distribute earnings, and are focused on net yield. Risk Mitigation measures targeted at each transactional node may be the best way to accelerate the ascendancy of renewables.

Sponsors have to manage costs to be able to compete as electricity suppliers, to be able to offer a competitive pricing to the Offtakers. Risk mitigation at the project level involves various forms of insurance against an array of more common risks, for example with performance bonds. Complete guides can be found Risk Mitigation Reference Guide for New Energy Financing, by Energi, Managing the Risk in Renewable Energy by Economist, and Unlocking Renewable Energy Investment: The role of risk mitigation and structured finance by IRENA. One of the primary risks is offtake risk, and fluctuations in revenue from intermittency due to weather related causes. Another risk is related to the costs of early stage project financing in tax equity partnerships, which are structured to maximize the benefits of applying investment tax credits, to produce a targeted yield, after which, a flip in ownership is executed for the equity partner to exit. An extended review of Partnership Flips is presented by a law firm specializing in renewable tax issues, and process is shown in the diagram from NREL.

Offtakers are under pressure to buy renewable generation, for several reasons: a) statutory requirements from state Renewable Portfolio Standards (RPS), federal emissions guidelines, and avoided cost requirements under PURPA; b) because new generation is pricing lower than non-renewables, and c) because there is growing participation by corporations making commitments to achieve 100% renewable energy use.

Both Sponsors & Offtakers are motivated to negotiate long term Power Purchase Agreements (PPA’s) to lock in pricing, which benefits Sponsors by setting a reliable value for revenue to be able to service debt, and for Offtakers in setting a reliable cost that hedges against inflation. In the current market, smaller Offtakers & Sponsors are disadvantaged but increasingly are being assisted by aggregator services which can assist in negotiating multi-party PPA’s or virtual PPA’s, such as the platform developed by LevelTen Energy platform that matches groups of small buyers to groups of small generators, or as in the case involving MIT as anchor offtaker. 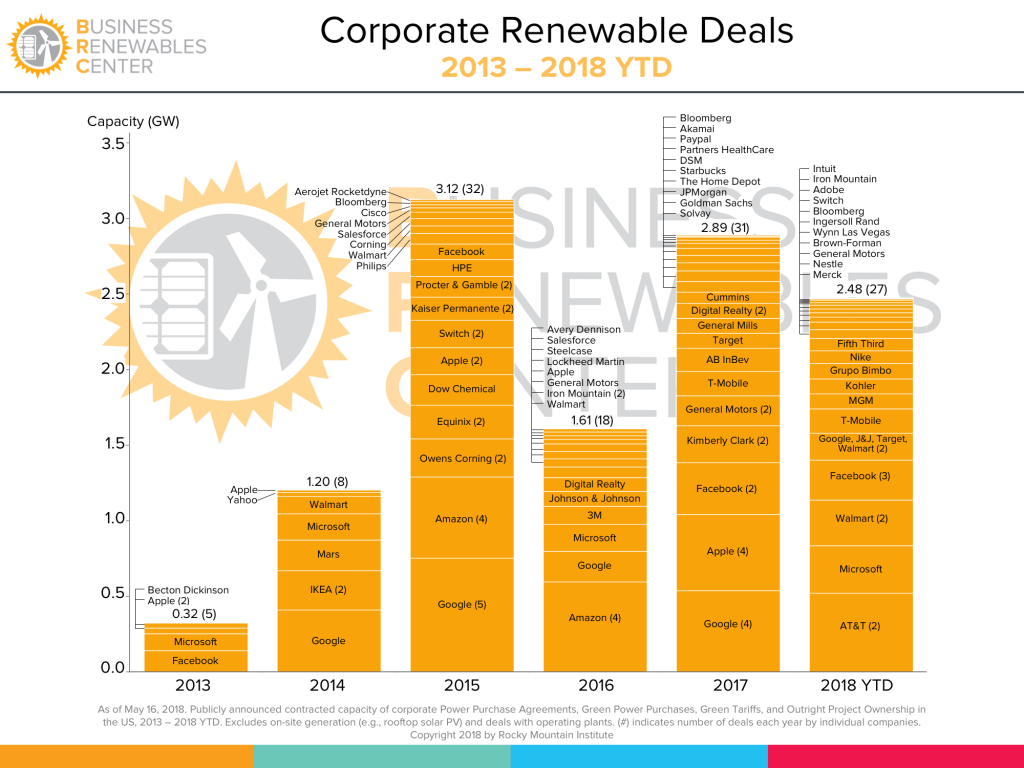 Portfolio funds come in various forms – publicly traded yieldcos like NEP, NYLD, AY and TERP, private infrastructure funds, green bonds, clean energy investment trusts, etc. They aggregate operating renewable projects, take accelerated depreciation and investment (or production) tax credits, and distributes most of its earnings in dividends, as either private or publicly traded funds, and are generally considered a means for raising capital for renewable development, directly or indirectly. As of 2015, RBC Capital Markets estimated that yieldcos held about $32 billion worth of renewable generation enterprise value in North America, with projections to grow to $500 billion. Further, it estimated that by 2030, yieldcos could globally have a potential asset pool worth more than $6 trillion. However, a bubble developed for yieldcos that deflated later in 2015, due in part to over-pricing the projects acquired and valuations based on dividend growth expectations. Fund relationships to Sponsors varies, in some cases, funds have “internal sponsors”, as with utilities that form yieldcos from “drop down” projects placed in the spinoff vehicle, which provides relief for its balance sheet, enabling it to recapitalize new projects, grow revenues, and support cash available for distribution (CAFD).

For Portfolio funds, risk mitigation is managed by acquiring projects bundled with optimized offtaker pricing and creditworthiness, coverage for execution risks related to construction and system operation, and increasingly, bundled with mitigation strategies for various kinds of weather and indeterminacy related risk. A central consideration for acquisitions is cost of capital, and the premise of this last group of risk strategies is that capital costs can be reduced by 100 basis points or more, which significantly impacts marketability of the project. 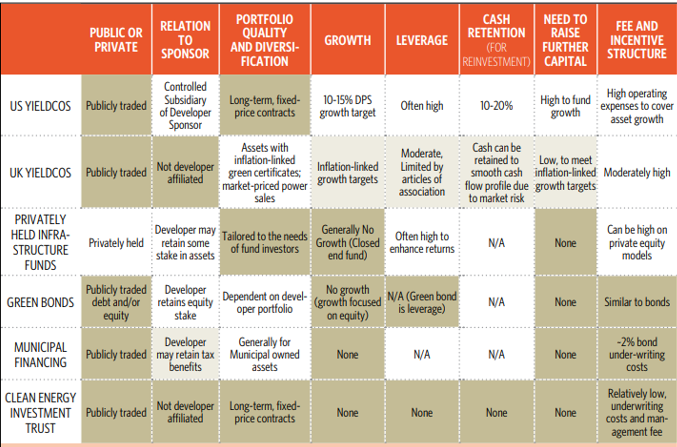 To simplify the model relationship between Sponsor and Fund, the asset upon completion will be packaged, along with the PPA, to include long term financing that combines debt and equity, tax credits, RECs & carbon credits, with debt ratio typically constituting 70%-80%. 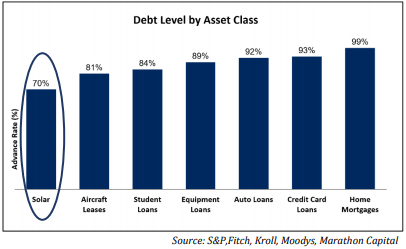 Risk mitigation may be able to shift the Weighted Average Cost of Capital further towards debt, at lower cost than equity, & spare up to 1% in yield, which in turn, could move the market. 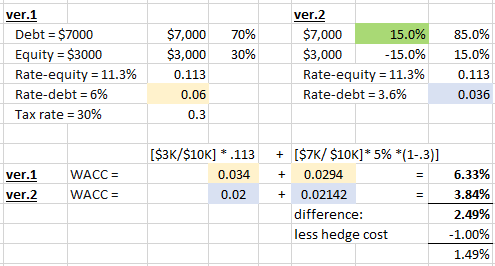 This confirms that the difference can result in a reduction of WACC by 2.49%, and, after netting out the estimated 1% cost of the hedge, this translates into an IRR gain of 149 basis points. This is in the ballpark, when compared to an estimate from a swap provider that a 15% increase in debt produce a gain of 100 basis points. For reference, a range of debt ratio variables are also shown against Debt Service Coverage Ratio (1.30 represents 70% debt ratio to cash flow to cover, 1.10 represents 90%, etc.) 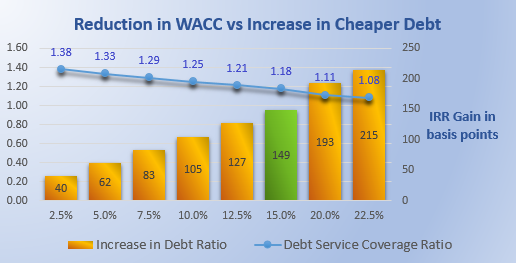 How do these hedges work, what are the mechanics? There are three broad types of weather risk transfer: insurance (and reinsurance), derivatives and swaps, often used in combinations.

Insurance provides comprehensive coverage for low probability, high risk events (i.e., hurricanes) as compared to derivatives which offer narrow single risk coverage for high probability, low risk events, (i.e., weather, low wind, low irradiance). Premiums and payouts for derivatives are determined by the market value of the underlying assets not by the probability of a loss event occurring. Claims for derivatives are quicker, usually paid out based upon a triggering event against a specified index, whereas settlement of insurance claims can be a protracted process due complex valuation of losses.

If a wind farm underperforms because of a streak of windless days, a derivative contract might be structured as a “put” that would be triggered if production dips below the “strike,” value. One downside is that the market for such derivatives is thin, not enough counterparties that are naturally short wind or sunlight, who can create a demand pull by buying up these contracts from the originators to hedge their own investments. Currently the market consists of larger financial institutions (ie., Goldman Sachs (GS) and other bespoke market makers) & specialty insurers, and potentially natural gas generators whose capacity factors decrease when wind power comes on the grid.

One such provider in the Weather Risk Transfer market, of hybrid “Insurance Linked Securities”, GCube contends that lack of efficient and effective weather risk transfer in the wind energy sector has resulted in stakeholders in the space being left with as much as $56 billion in untapped asset values that can be remedied with adequate structuring of risk mitigation.

Swaps transfer risk by exchanging a variable asset for a fixed asset, in this case, a revenue stream with intermittency risk exchanged for a fixed quarterly payment. The “seller” in the swap offers a guarantee, to levelize the revenue stream by promising to insure any shortfall in revenue in exchange for assignment of the total revenues. They evaluate the risks of long-term shortfall with detailed actuarial analysis of weather databases, to estimate cost of underwriting the exchange and to build in sufficient profit to justify the risk. Currently premiums to provide a floor or “put” for revenue fluctuations, are approximately 1% of the revenues being covered.

One such transaction, termed a “Proxy Revenue Swap”, was explained in detail in an article in Environmental Finance reporting on a transaction in which a 10yr commitment for fixed cash flow was swapped for the floating revenues of the wind farms, designed to hedge wind volume risks. The participants were:

Norton Rose elaborates on the nuance of the payment arrangement, in Proxy revenue swaps for solar: “Risk-transfer products, such as volume puts or swaps, are now standard product offerings, serving as offtake arrangements in lieu of traditional power purchase agreements.” Proxy revenue swaps address “shape risk” associated with revenue reductions at midday due to drop in price (“duck curve” effect) as the correlated output of solar production peaks.

Several others intermittency risk mitigation providers were found in this survey: 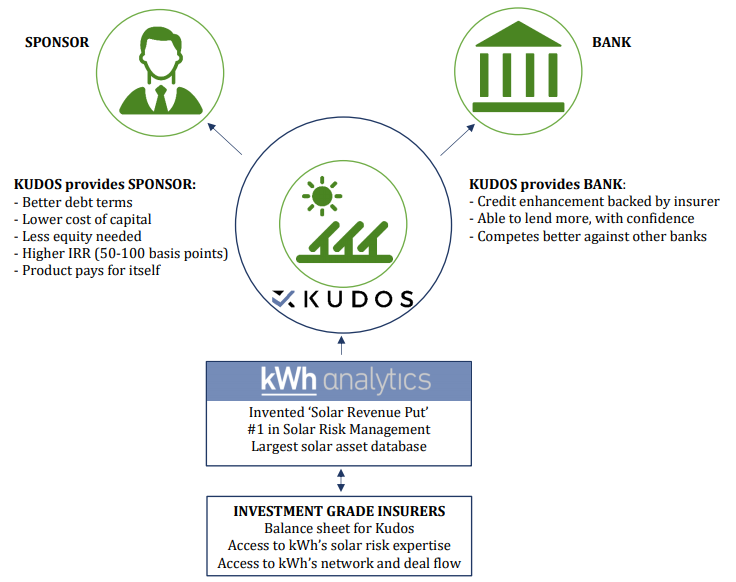 It contends that reducing the Debt Service Coverage Ratio from 1.30x to 1.10x would reduce the effective levelized installed cost of energy by $.05/watt, and reports that 7 lenders have now issued term sheets for 1.10x DSCR.

Although risk mitigation clearly can add value to both developers and asset managers, there are several other key factors that may overshadow these benefits: a) tax policies affecting financing at both the project finance level and the asset management level, and b) factors affecting utility’s willingness to add renewable capacity, which can be resisted both in lobbying and at the operational level in building out interconnections.

Nevertheless, risk mitigation in renewables development as a nascent field will likely continue to expand, and hopefully the volume of assets held in all forms of portfolio management will continue to grow and be recognized as an important driver for rapid growth of renewable generation.

Deal flow – information both for polling adoption of risk mitigation as well as for marketing services, is in large part curated on privately developed databases.

The following is a list of additional deal flow database resources discovered to date, some with paywalls: 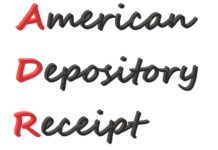