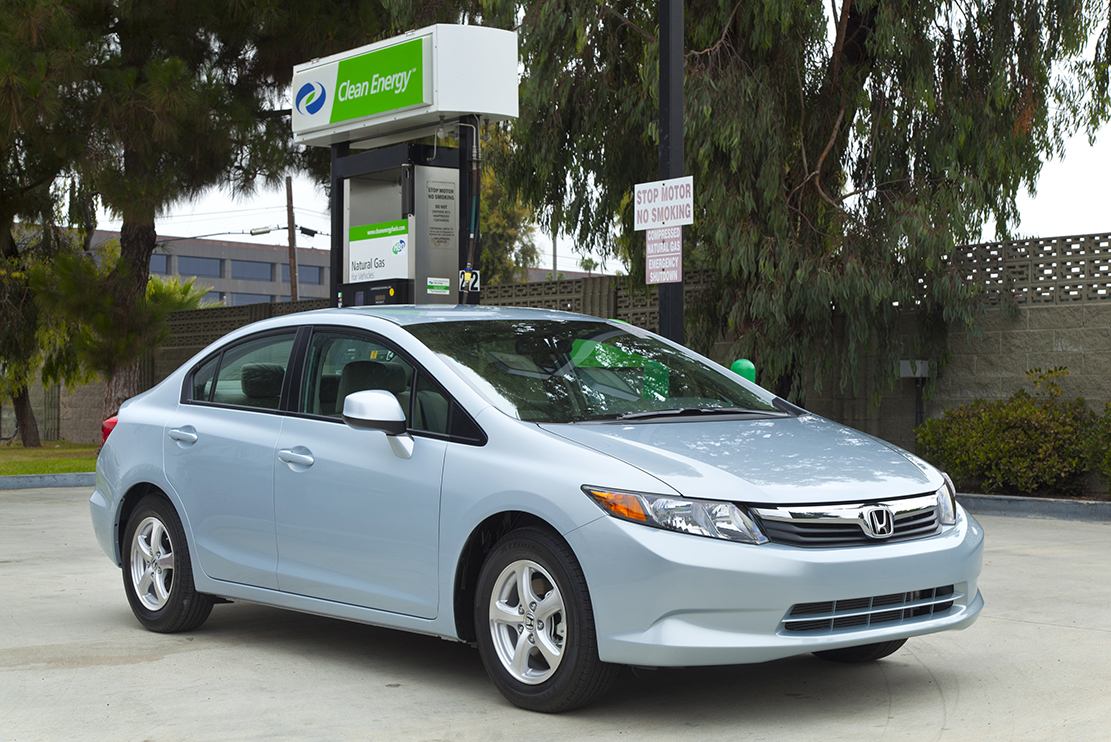 I learned today that sales of Honda’s natural gas Civic tanked 65% in 2014.

I didn’t even know they were still trying to sell those things!

I actually remember a few years ago, attending a car show and talking to a Honda rep who was pushing this thing. I didn’t have the heart to tell him he was barking up the wrong tree when he tried to sell me on all the benefits.

Inferior fuel economy, a clunky ride, and no infrastructure?

Sure, there was the special fueling unit that could be installed in my garage for a few grand. But I’d be surprised if more than a few dozen folks bit on that one.

It’s not that I have a problem with natural gas-powered vehicles. I just think they’re better suited for truck and bus fleets, where fleet operators can house their own infrastructure. Certainly Clean Energy Fuels Corp. (NASDAQ: CLNE) has benefited quite well from the growth in this space.

But for personal vehicles, I think the hopes and dreams of the natural gas powered car are coming to an end. Especially now, with electric vehicles continuing to shock and awe even the most skeptical consumers.

You need to look no further than the success of Tesla Motors (NADAQ: TSLA) or the very impressive sales figures on the Nissan LEAF. Not to mention, GM’s (NYSE: GM) getting ready to roll out what it believes will be a $30,000 electric car with an all-electric range of 200 miles.

On performance, design, range and infrastructure availability, natural gas cars just can’t compete with electric vehicles. And they definitely can’t compete with gas-powered cars. Honda would be wise to just put this thing out of its misery and take its electric car plans out of the compliance car slow lane.