A reserve split is in the works to keep shares of Babcock & Wilcox Enterprises(B&W) listed under the symbol BW on the NYSE.  The stock price of this storied environmental engineering had slipped below the Exchange’s minimum price requirements.  Ten shares will be melded into one beginning July 23, 2019.

Reverse merger math alone will not solve B&W’s problems.  One hundred and fifty two years in business, B&W has been providing environmental technologies and services for energy and industrial customers since the company’s first boiler was sold right after the American Civil War.  The company boasts that Thomas Edison was one of B&W’s first customers. Unfortunately, more recent relationships have been less than profitable and certainly less celebrated.  After reporting a string of losses and a deteriorating balance sheet, B&W leadership has had to take action. 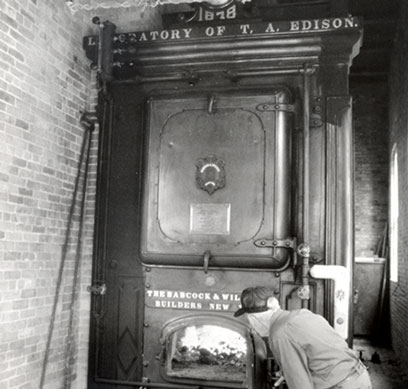 Just before the reverse split takes effect, B&W will close a rights offering to its shareholders.  Each share as of June 27, 2019 had the right to buy 0.987 shares of common stock at $0.30 per whole share.  If fully subscribed, the rights offering with result in the issuance of 166.7 million shares and bring in $50 million in new capital for the company.  The shares that are issued will be subject to the reverse split for a maximum of 16.7 million shares.

B&W is also making structural changes through the sale of its Bavaria, Germany-based material handling subsidiary to Deutsche Invest Mittelstand GmbH. Proceeds from the sale will be used to pay down debt  –  something B&W has a plenty.  At the end of March 2019, B&W had $190.2 million in debt, of which $180.2 million is due within the next twelve months.

The balance sheet looks a bit of train wreck, to use fancy finance terminology. Working capital is negative $209.1 million.  Creditors have to be a bit concerned given that there is currently negative $402.8 million in tangible assets.

Things are a bit dire on a day-to-day operational basis as well.  Although excluding the current portion of the long-term debt, working capital is only negative $28.9 million.  The build-up in liabilities has left equity in a negative position as well.  In this tough environment B&W management has little wiggle room with only $43.5 million in cash on the balance sheet.

B&W reported $1.0 billion in sales in the most recently reported twelve months, but could turn a profit.  Indeed, in those twelve months there was a net loss of $591.3 million or $4.14 per share.  Charges and expenses related to engineering, procurement and construction (EPC) contracts in Europe that are coming to a close.  Four of the six projects have been turned over to customers.  Negotiations with customers have resulted in agreements that limited the company’s remaining obligations for the other two.

As bleak as those numbers might make the situation seem, the recently reported quarter ending March 2019, brought with some sunshine.  The B&W Enterprises segment grew 18.5% year-over-year and cash earnings mushroomed by 115% in the same comparison.  The company’s SPIG subsidiary, an operator turnkey cooling systems, also reported progress toward profitability.

Perhaps the worst is over for B&W.   Money is coming in the door and there is hope for relief from at least some of the debt burden.  The worst appears over with unprofitable relationships.  A new look at BW shares might be well timed.

This article was first published on the Small Cap Strategist weblog on 7/12/19 as “Boiler Maker in Need of a Shot”.

Water Out Of Thin Air