SunPower gets an exemption for its interdigitated back contact (IBC) solar cells – did it win the battle and lose the war? 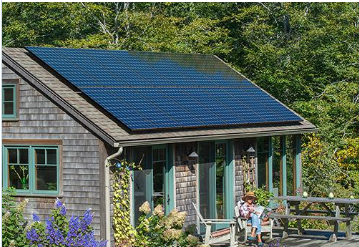 If SunPower (SPWR) was playing a game of chicken with the Trump Administration to give it an edge towards the goal of getting an exemption, it a) won its gamble and can now focus on manufacturing p-type monocrystalline cells and modules to compliment imports of its n-type IBC cells and modules, b) won its gamble and now must keep its word and invest in resuscitating the long-in-the-tooth SolarWorld US manufacturing facility, or, c) won its gamble for a short-term advantage of an exemption for which it must keep its word and invest heavily in US manufacturing as competitors (notably LG) make the now fortified case for exemptions of their own.

And … what if SunPower could have earned an exemption on the strength of its IBC technology alone? If so, its acquisition of SolarWorld is an expensive and unnecessary hedge.

A recap of the pros and cons of the SolarWorld acquisition:

Pro: The SolarWorld US acquisition may have tipped the scales in SunPower’s favor to earn an exemption, saving it millions of dollars in tariffs on imports of its IBC cells and modules.

Con: Manufacturing in the US is expensive and the current price drop showed that even with tariffs in place imports are cheaper than cells/modules manufactured in the US.

Con: After the acquisition, SunPower would be the sole crystalline cell manufacturer in the US, a temporary situation at best and this does not even consider First Solar’s (FSLR) announced intention to add 1.2-GWp of CdTe capacity or the plans of Jinko Solar (JKS) (c-Si) and others.

Con: All markets are vulnerable, a slowdown in the US and/or Latin America solar deployment would make the SolarWorld acquisition look like a very bad buy.

Con: Price competition from imports is not going away and SunPower might find itself a plaintiff in a future tariff dispute of its own instigation and thus wearing the mantle of industry villain.

In other words, even if internally SunPower is asking itself – did we really have to buy that deeply-in-need-of-investment company? Really? – SunPower will never admit it. So … as Ron Shelton continued, “Winning or losing is all one organic mechanism, from which one extracts what one needs.”

In other words, it’s all spin baby.