There are so many easy reasons to be a pessimist today:  the world financial crisis, the discord and dysfunction in Washington, and the almost certain doom that many scientists claim we are facing from global warming. With the first high profile cleantech company failures, the euphoria of the cleantech bubble has burst creating pessimism about the future of cleantech as a whole.

I say, hogwash!  History says we have many reasons to be optimistic.  Just because things look bad today doesn’t mean the world is coming to an end!  We humans have a hard time stepping back and getting a perspective on things that span long periods of time and it’s easy to get lost in the fear and distress of the day.  But as a cleantech venture capitalist, I am almost required to be optimistic.  How else could I make high-risk investments in early stage companies? 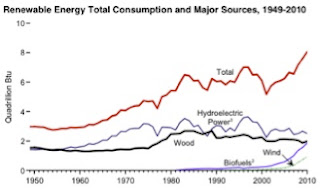 Pessimists will point to forecasts such as those from the Energy Information Administration that project significantly slower growth.  The most recent of those very projections just three short years ago forecast consumption for 2010 that now, by EIA’s own numbers, are known to be about 17% low!  The problem with forecasts of these types is that they systematically fail to account for future disruptive technologies or significant changes to market conditions.

In 2001 it seemed like the days of the dot com were gone as the markets crashed and company after company went out of business.  Yet, the greatest value creation on the Web occurred after the dot bomb.  I don’t believe we are doomed; I believe that technology innovation will enable disruptive changes in our energy production and consumption and I believe the greatest value creation for cleantech companies lies ahead.

So, to cheer you up, here are just a handful of examples in which past forecasts of doom were way off and whose combined legacy says, ” Don’t underestimate the power of human innovation and spirit!”…

We Never Had to Import Liquefied Natural Gas 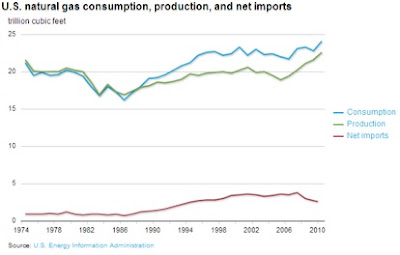 Just a bit over six years ago our nation was facing an extraordinary natural gas crisis.  As utilities had shifted to gas-fired plants in the ‘90s to reduce consumption of coal, consumption of natural gas boomed.   As the cleanest and lowest CO2 burning fossil fuel, natural gas was (and is) being used as a critical bridge from coal and oil to renewable energy sources.  Yet natural gas production was on the wane because proven reserves couldn’t keep up. 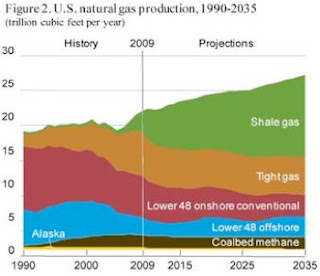 In 2003, Alan Greenspan sounded the alarm to Congress about the potential impact on natural gas prices (which were already on the rise) if significant action to increase imports wasn’t taken.  The problem, though, was that natural gas can only be transported by pipeline or by container and only in a liquid form, but  the reserves were mostly overseas.  So, in 2005 there were plans for as many as 55 Liquefied Natural Gas (LNG)-importing facilities.  Only six were built, and most sit idle today.  Disruptive horizontal drilling and fracking technology opened up enormous reserves of previously unreachable natural gas in shale. Production skyrocketed and prices dropped by over 60%.  Current estimates place U.S. reserves at 100 years or more…without additional technology. 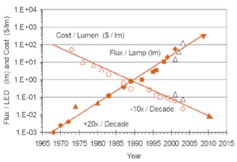 In the 1960s, Light Emitting Diodes began to come to market for niche applications.  The concept that they would someday disrupt the world of lighting seemed far-fetched.  They were dim, extremely expensive and incapable of generating pleasing white light. My, how the world has changed in just a few decades!  The brightness of LEDs has increased more than five orders of magnitude while, at the same time, their cost per lumen (a measure of brightness) has dropped by about four orders of magnitude.  And, to boot, pleasing warm and bright white light is now the norm.  What seemed impossible just a short time ago is now more than possible – it is changing the way the world thinks about lighting, and the exponential improvement in LEDs shows no sign of slowing down. 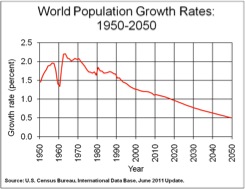 In the 1960s predictions of world starvation by the 1980s were rampant in books like the best-selling The Population Bomb by Paul R. Ehrlich or theorists like Thomas Malthus.  After all, back then world population was going to double every 30 years or so, meaning we should have had over 11 billion people in the world today! Yet, world population just reached 7 billion. 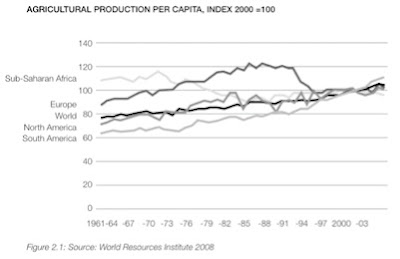 OK, you say, but that still means having 14 billion people on the planet in a hundred years!  True, but in the 1960s another reas
on population doom was the rage was an assumption that agricultural production couldn’t keep up with the exponential growth.  Yet, dramatic agricultural technology innovation that improved crop, soil, water, nutrient, and pest management has enabled the amount of food production per capita to increase by over 30% during that timeframe in spite of a more than doubling in population!  Hunger still haunts parts of the world, but the pessimistic doom predicted in the ‘60s was far from today’s reality, in which the amount of food per capita has increased.  One can only imagine where our technology will be in another century.

Pessimists will surely find reasons to pan this article… for example, concerns about fracking fluids or the disparity in food distribution around the world.  A pessimist sees these as reasons to stay pessimistic.  An optimist sees them as new areas where we as humans will work to improve because there is rarely a penance for a problem.  So, if you are still feeling depressed and pessimistic, I will leave you with one of the more profound and optimistic views on world progress that I have seen.  Hans Rosling is a professor of International Health at Karolinska Institute in Stockhom and his video 200 Countries, 200 Years is a sure cure for any pessimistic day. 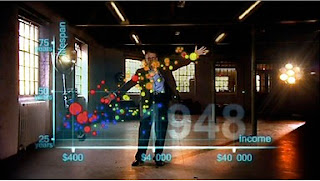