The United States Department of Commerce Thursday, and of all things at the behest of a German-owned company, SolarWorld AG (SRWRF.PK), imposed extreme tariffs on China-made solar panels and modules of between 31% and 250%, making them much less affordable for U.S. consumers. Commerce took the additional extraordinary step of making the tariffs retroactive for 90 days to prevent U.S businesses and homeowners from getting a decent price on the basis that their local dealer/installer bought panels before the date of their decision. Solar in this country just got a lot more expensive and the 100,000 domestic solar industry jobs (mostly installing and servicing) created over the last five years are now at risk. Also, oil, coal and gas suddenly can remain price competitive with solar in the U.S. for far longer than market forces would otherwise dictate. Longer term, it could make the U.S. may the last dirty, expensive, fossil-fuels based economic backwater economy in the developed world.  Jesse Pichel, Managing Director and Senior Equity Research Analyst covering Clean Technology companies at Jefferies has clearly summarized the situation:

Environmentalists and the unemployed should be equally disappointed with this decision because lower cost solar panels make solar more competitive with dirty fossil fuels. It should be clear by now that there are more U.S. jobs on the installation side of the solar business than on manufacturing. These cases have a chilling effect on business and it will linger for a long time. It’s unfortunate that SolarWorld has taken this scorched Earth approach and that they are distracting from the growth of U.S. jobs and affordable solar energy.

Slowing down solar development is undesirable in general. Remember, solar at scale represents almost limitless power at a zero cost of fuel, meaning it has the power to emancipate us from hundreds of billions spent every year of fossil fuels. I find it sad and funny that we think a few billion in tax cuts will stimulate the economy and lubricate the recovery, but we fail to see that limitless, nearly free energy would have that same effect, but at many times the scale and all while creating hundreds of thousands of new, quality jobs. So it’s not surprising that many American solar companies oppose the decision. As reported in the New York Times:

“Many solar panel installers in the United States have opposed tariffs on Chinese panels, contending that inexpensive imports have helped spur many homeowners and businesses to put solar panels on their rooftops. Opponents of the tariffs say that the United States benefits from cheap Chinese production. They point out that Chinese companies often turn to American companies to buy the factory equipment and polysilicon they need to make solar panels, and installers hire local American workers to set up and service rooftop systems.”

Let us not forget that the U.S. exports raw polysilicon to China, and that business will now be at retaliatory risk as “the Chinese industry would file a trade case at the Chinese commerce ministry against American exports of polysilicon.”  The ‘American made factory equipment’ and ‘local American workers’ also stand to suffer.

In addition, tariffs by definition are inflationary. A customer who now has to pay significantly more for his or her preferred brand of panel is experiencing inflation, but so too is the customer buying the American made panel that now is free to cost far more than it did yesterday due to the absence of tough competition. With panels of all kinds going up in price, so does the cost of electricity they produce, meaning the portion of the grid they supply will get more  expensive, making the blended grid electricity rates go up, in turn driving up the costs of every home and business that use electricity.  Inflation all around, then.

The problem isn’t, as claimed by Commerce, that China has been dumping unfairly priced solar panels on the U.S., it’s that our domestic solar industry as a whole has not remained competitive in the face of fierce global competition. China’s panels are competitive because “[t]hey’ve figured out that clean-energy manufacturing will be an area of major growth and are investing vastly more than we are to support it.” In the U.S., we’ve invested a fraction as much as China into solar and other clean energy sources, so naturally, we’re behind them on the cost curve. Commerce’s decision will do little to slow the growth and technological progress of solar globally; it will just mean the U.S. won’t be competing in this key piece of powering the future economies.

I look at the time and energy invested in this investigation and wonder: Why, and what for? This is counterproductive to the primary objective of the US solar industry: Getting solar to grid parity. Tariffs, charges of dumping, possible trade tensions these only enable high-cost manufacturing to continue, resulting in higher solar costs for US consumers. In the end, such moves negatively impact the growth of high-quality solar jobs in the United States.

Instead of carrying water for foreign-owned businesses, we should reward the traits that ensure success in the global marketplace: Business adaptability and commitment to innovation. To win in this race, it’s really about hard work and figuring out how to survive and thrive against highly-motivated competition. We need to be fostering real innovation not rewarding inefficient businesses that seek government handouts.  GT and many other US-based companies have proven that we can compete against fierce Asian competitors and win. We just have to run better businesses.

Right. Or as I said in a previous post back in January 2011, “we should try competing instead of complaining.” And Gutierrez makes another interesting point, if these t
ariffs are disliked by many of the U.S. companies they’re meant to protect, who are they really for? What’s their real purpose?  It’s difficult not to notice, as Susan Wise, spokeswoman for SunRun, told Forbes, that “[i]f finalized, this decision would move us backward in the effort to make solar affordable for Americans,”. “It would make prices higher at the exact moment when solar power is starting to become competitive with fossil fuels in more markets.” [Italics mine.]

Germany’s SolarWorld AG, which brought the case to the Commerce Department, does not have the best record of defending its own industry.  In Germany, they have long lobbied to lower solar feed-in tariffs, meaning, effectively, they’ve been trying to stop receiving free money. What sane business does that?  I’m sure SolarWorld’s shareholders are stymied by the company’s anti-profit attitude.  Both efforts, to reduce subsidies in Germany and to start a solar trade war between China and the U.S., point to a company that does not have its industry’s best interests in mind. It may be worth remembering that a large part of SolarWorld AG used to be Shell Oil’s “crystalline silicon” division.  Shares of SolarWorld AG are up “as much as 18 percent” the morning after the tariff announcement, but U.S. based manufacturer First Solar (FSLR) has been off by as much as 5.8 percent this morning.

In Saudi Arabia, they must be laughing. Commerce’s handout, to let U.S. solar manufacturers run inefficient operations that produce solar modules too expensive for many domestic consumers, ensures we’ll be dependent on Saudi oil and other fossil fuels for a long time to come. Meanwhile, the Saudis are installing $109 billion worth of solar capacity to power their own domestic economy. They want to stop powering their own country with oil so they can sell every drop they can find and pump to us, which should be easy if we have a lot less solar to displace their costly crude.  Too bad we just ceded the advantage in getting Saudi’s solar business to Chinese firms.

Commerce is expected to issue its final order making Chinese solar tariffs permanent in July or August. Let’s hope by then that they can be persuaded to allow free markets to reign. Disclosure: Green Alpha is long GTAT, but has no positions in other companies mentioned 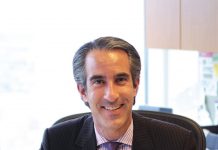 After Consolidation, Solar Will Shatter Expectations