In California, Propel Fuels and Solazyme (SZYM) announced that sales grew by 35 percent at Propel stations, offering SoladieselBD in a B20 blend during a 30-day retail pilot program, compared to non-test sites.

In addition, a follow-on consumer preference study with Propel’s customers found 92 percent of participants noted that they would be more likely to purchase algae-derived fuel for its environmental benefits; 70 percent indicated that they would purchase the fuel more frequently if it were derived from algae; and nearly 40 percent of customers indicated they would pay a premium for algae-derived fuel.

The pilot program marked the first commercial availability of algal derived fuels and in the pilot program, SoladieselBD B20 was retailed at a parity price with conventional diesel fuel.

Solazyme and Propel picked up the Consumer Product of the Year (Fuels) in the 2012 Biofuels Digest Awards for the retail effort with of Soladiesel. As we noted last November in the Digest: “$27 per gallon? $15 per gallon? Fooey! Try algae-based fuels at “the same cost as regular diesel.”

For now, the two companies are keeping mum about future roll-out plans.

In December, Propel Fuels closed on the initial phase of its Series D round of funding with $11 million in equity capital from existing investors Nth Power, Craton Equity Partners, and @Ventures as well as a new investor, Gentry Venture Partners. In addition, the company secured $10 million in debt financing.

With the new funding, Propel will be able to accelerate the build out of its network of stations that offer drivers the cleanest, most sustainable, domestically produced fuels on the market today. Propel currently operates stations throughout California and Washington State with more than 200 stations planned for new and existing markets over the next two years.

Solazyme’s lead microalgae strains producing oil for the fuels and chemicals markets have achieved key performance metrics that they believe would allow them to manufacture oils today at a cost below $1,000 per metric ton ($3.44 per gallon or $0.91 per liter) if produced in a built-for-purpose commercial plant.
In 2012, Solazyme increased their owned capacity to approximately 8.000 metric tons through the expansion of a Peoria facility as well as the completion of their Phase I and II Solazyme Roquette Nutritionals facilities but expects to have 550,000 metric tons of production capacity by 2015, which would support over $1 billion in product revenue.

“Propel is committed to providing drivers true choice at the pump by bringing to market the world’s highest quality and most sustainable fuels,” said Matt Horton, CEO of Propel Fuels. “The results show strong preference for algae-based fuel, and we are thrilled to have partnered with Solazyme to enable our customers to be the first in the country to purchase this next generation biofuel.”

More on the story.

Disclosure: None.
Jim Lane is editor and publisher  of Biofuels Digest where this article was originally published. Biofuels Digest is the most widely read  Biofuels daily read by 14,000+ organizations. Subscribe here. 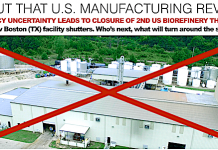