Challenges and Opportunities in Biofuels

By Steve Hartig, Former VP of Technology Development at ICM 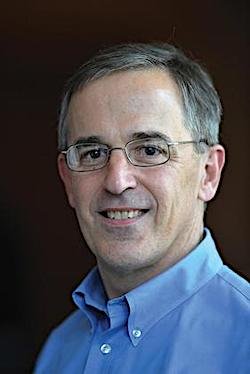 The North American biofuels market can be split into three main segments all of which have major dynamics.  What I would like to do is give a high-level overview of what I see as some of both the challenges and opportunities across these.

Challenges for the corn ethanol and biodiesel producers are very much around profitability and the regulatory environment while the embryonic cellulosic and jet fuel areas still has many technical challenges to prove viability.

There is a huge challenge today due to oversupply versus demand driving prices down.  There is much arguing as to the cause of this but it seems to be a combination of low or no growth in gasoline demand, significantly added ethanol capacity, a slow uptake of higher-level ethanol blends and the EPA Small Refinery Exemptions.  This is aggravated by the dynamics in corn pricing this year due to weather.

Unless E15 volume increases significantly, things are only going to get worse as essentially all forecasts show gasoline volume decreasing over the coming five to ten years driven by increased fuel economy in the short run and vehicle electrification in the long term.

Forecasting what will happen is difficult as ethanol is very different than most commodity chemicals due to the relatively small plant size, driven by corn supply economics, and the large number of companies active in it.  In most commodity chemicals markets, a handful of companies control the market and new entrants are difficult due to the lack of economies of scale.  However, continued consolidation and the closing of smaller, less efficient and poorly located plants will continue.

The starting point for surviving any downturn and long term sustainable profit will be having a plant with a low cost position driven by a combination of scale, plant technology, location, operational excellence and strong maintenance.  The difference between leaders and laggards here can be over $.10 per gallon, which is huge.

However, the likely winners will be those that also embrace some form of specialization next to the commodity markets for ethanol, distillers grains and corn oil.

A number of options exist and this is also an exciting area of focus for many companies.

I believe these options will be a game changer for the industry but companies must make the right choice based on starting position, plant location, scale and technology, risk tolerance, operational capabilities and capital availability.  A key item for many of these is that they will typically create a more complex plant and business environment which can require a higher level of staffing, capability and management expertise.

I think the future can be bright for ethanol but I foresee a future that likely has fewer, larger and more sophisticated plants than are in place today.

Biomass based diesel (BBD) has very different dynamics with about 100 plants in the US, some of which are very small, less than 10 mln gallons per year.  Many of the plants are driven by location by feedstocks, either soy or corn oil or waste fats and greases.  Demand for BBD is very much driven by the RFS as it typically costs more than petroleum-based diesel but can fulfill either the D4 BBD RIN or the Advanced D5 RIN.  This is particularly the case with the biodiesel tax credit lapsing in 2017 and, at least so far, not being renewed.

The big change going on now is the shift towards renewable diesel, presently about 15% of total BBD, which is more costly to produce but is essentially a drop in for diesel and can have lower carbon numbers, depending on feedstocks.  Due to the lower CI it is being heavily targeted at California for sale under the Low Carbon Fuel Standard.  In addition, it can capture a greater RIN value.

The plants scheduled to come on line over the next few years is mind boggling given today’s position.  Expansions planned or proposed by Diamond Green (a joint venture between Darling Ingredients (DAR:  NYSE) and its joint venture partner Valero Energy (VLO:  NYSE)), NEXT Renewables, RYZE, Philips 66 (NYSE:PSX)/Renewable Energy Group (NASD:REGI) and others could add up to 2 bln gallons of new Renewable Diesel volume focused on West Coast markets and almost doubling the total volume of BBD volume.  This is in addition to global expansions in biodiesel by companies such as Neste and companies coprocessing it in oil refineries.

This will have significant impacts on the market:

I think this business will continue to have challenges in the future and it is also likely not all the plants proposed will be built but the trend towards renewable diesel will continue.

Bio jet fuels have a completely different environment that ethanol and biodiesel both as they are presently not mandated by the government and also as they are in an earlier stage of technical development.

There are three broad technology areas that cover much of the effort.  Most technologies would produce a fuel that could be blended at some level with standard jet fuel.

The diesel fuel route is clearly the one with the fewest technical hurdles but will run into the same feedstock issues that biodiesel has if it moves to any significant volumes.  Alcohol to jet would be the next most straightforward while it seems like the gas the liquids route has the best carbon footprint and also feedstock potential.  However, it is unclear what the cost will be and what technical hurdles they will hit.

The next five years will see major learning taking place as commercial plants for many of these technologies are underway.

What makes bio jet particularly interesting and challenging is that it really is a global market so any regulations put in place by a single country could be very challenging to implement and enforce.  Conversely, given the global trade environment it seems unlikely that a global pact will appear anytime soon.

Without a mandate, it appears the airlines are broadly experimenting with biofuels but not making any major commitments.  My cynical view would be that they are doing everything they can to show progress while putting minimal money on the table.  Given the impact of fuel prices on airline profitability and the fact today that most or all biojet fuels will be more expensive than fossil-based fuels I would guess progress will move slowly.

Looking at the RFS, the pathways exist to capture a D4 RIN for biodiesel type approaches, a D5 RIN for Renewable diesel approaches and a D7 when using cellulosic feedstocks.  It does not appear that there is an existing pathway for a corn-based ethanol to jet fuel.

The question is what the RFS will do if biojet fuel grows significantly in volume as they presently define all their mandates based on surface transportation.  If there were suddenly an extra billion gallons of RIN’s available without the obligated parties needing to purchase them this would crash the value of the RINs.  California is working on routes within the LCFS but this presumably would be restricted to California.  Overall, this could provide benefits would not want to bet a business on the availability of RINs.

Long term, I think bio jet fuel will be a large and important market but it will take some form of carbon charge or other mandate.  Until that it will likely stay small.

I think today is an exciting time in biofuels, as always, with lots of dynamics and opportunities for companies to succeed but also fail.

Steve Hartig is an experienced executive with almost 40 years of experience across DuPont, DSM and ICM in leadership roles.  He is presently acting as an advisor/consultant to companies in the biofuels and other segments.