The world needs more food.   At least more of the food produced in the world’s fields needs to end up in the mouths of humans and their animal friends.  According to the United Nations, the world’s farmers produce enough food to feed everyone, yet over 800 million people routinely go hungry.  This is due in part to the ancient and ongoing practice of selecting plants for high yield.  The consequence is a selection of highly homogenous food crops.  There are thousands of edible plants growing on Planet Earth, but only a dozen crops account for 75% of all human calories.  Lack of genetic variability in those twelve crops means particular vulnerability to pests, disease and climate change.

Human efforts to control crop pests and diseases are as long-lived as crop selection.  For centuries farmers manually picked insects from food crops, laid out smudge pots to ward off locusts or engulfed nearly ripened fruit trees in netting.  It was not until the late 1800s that chemicals were applied to crops such as sulfur, nicotine and arsenic.  By the mid-1900s the chemists appeared to have taken over agriculture, bringing all sorts of laboratory concoctions such as dichlorodipehnyltrichloreoethane to the field.  Otherwise known as DDT, its inventor was awarded the Nobel Prize for its discovery.  Enthusiasm has since waned as the potion began decimating bird populations and humans started having seizures and going infertile. 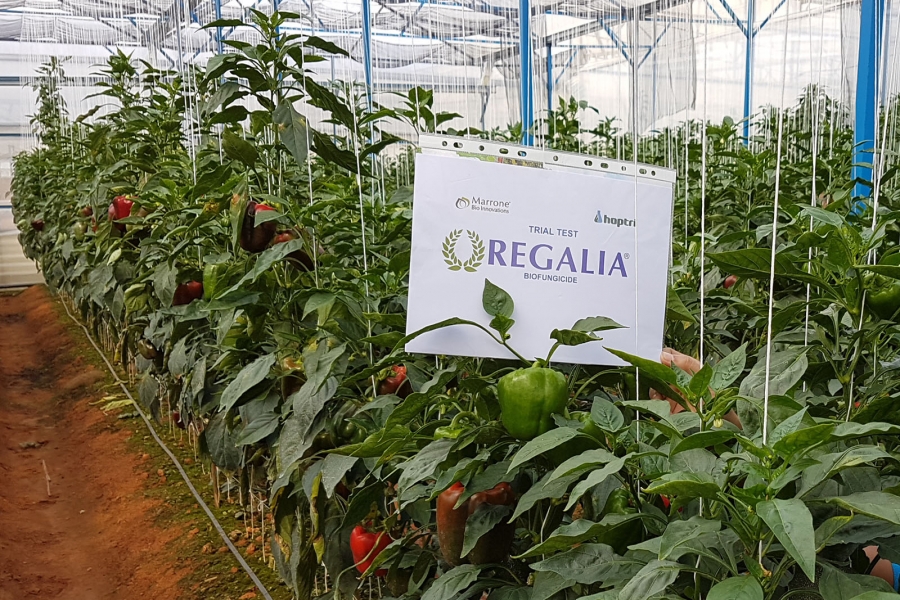 Fortunately, carcinogens are not the only way to boost crop success and food production.  Marrone Bio Innovations (MBII:  Nasdaq) offers bio-based solutions for pest and disease control.  The company has developed a fairly wide product line, including insecticides and fungicides as well as seed and soil treatments.  The company has developed proprietary technology to isolate important microorganisms that can be effective in pest management without collateral damage.   Other microorganisms have been found that help promote plant health and productivity.

In the most recently reported twelve months ending September 2019, Marrone has claimed $28.4 million in total sales of its various crop elixirs.  Despite a 54% gross margin, the company has still not delivered an operating profit.  The company is still spending heavily on research and development.  In the last twelve months 47 cents out of every sales dollar went toward new product development.  Marrone is also spending heavily on marketing and sales.  That investment is tucked away in the line of reported SG&A expenses, which represented a jaw-dropping 95% of revenue in the last year.  In the last twelve months, Marrone reported its deepest operating loss to day at $25.1 million.

Fortunately, on a cash basis the news was not so alarming.  In those same twelve months the company used $19.0 million in cash resources to support operations.  Unless something is done to conserve cash, Marrone may need to raise capital.  This is especially important if the company also uses cash for additional acquisitions, as it did in September 2019 with the $6.3 million cash purchase of Pro Farm and the Jet-Ag and Jet-Oxide product lines.

The company had $7.9 million in cash on its balance sheet at the end of September 2019, suggesting it could last about five months before it would need a capital infusion.  However, in the capital markets that is not much time at all, given that it takes about four to six months to drum up support for a struggling operation.

A trip to the capital market is made even more difficult if a company gets into a legal dust up with its investment banker.  In April 2019, Marrone was sued by investment banking firm Piper Jaffray for failure to pay a promised transaction fee related to a private placement.  The dispute was resolved with a promise to pay half the requested fee.  Nonetheless, in the future some bankers may think twice about signing on the help this company raise capital.

In the midst of the fee dispute with Piper Jaffray, Marrone adjusted its agreement with warrant holders.  The company was then able to call in 10 million warrants, raising $10 million in new capital during the quarter ending September 2019.  At that time there remained 26.6 million warrants outstanding under the warrant reorganization agreement.

In the past Marrone has used both debt and equity capital.  Management has also factored various accounts receivable.  Capitalization policy could be up in the air at this point, given that the company’s chief executive officer and founder resigned in December 2019.   Since the company bears her name and she will continue to serve on the board of directors, Dr. Pamela Marrone will likely continue to have some influence over the company’s future.

Drama in the board room may be a distraction for some investors.  Luckily there are fewer operational worries with a biologically-based product line.  The company uses nominal fossil fuel, does not rely on highly toxic chemicals and emits negligent greenhouse gases.  That means there are fewer unrecognized contingent liabilities in Marrone’s future, leaving investors with a straight forward play on an environmentally sound agriculture product line.

Editor’s Note: After the publication of this article, we received a communication from Marrone’s investor relations firm.  The firm claims that Marrone has “established a $36.6 million financing facility through a right to call the exercise of certain outstanding warrants. Through this financing facility, the company is positioned very well from a cash perspective and will not require to raise capital in the near future.”  The author is aware of this right to call, but in her analysis it may not be sufficiently strong.

This article was first published on the Small Cap Strategist weblog on 1/21/20.

Algae On The Cusp 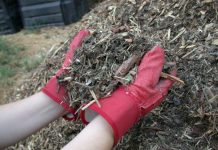