Prelude to a spin-off? 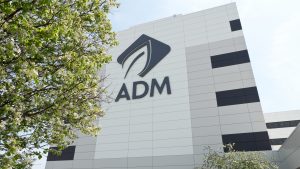 The Archer Daniels Midland Company (ADM) is breaking news of breaking off their ethanol unit…and a tumbling 40% decline in profit.

In Chicago, Archer Daniels Midland Company reported their financial results for the quarter ended March 31, 2019, but most interesting to us, they are looking at separating their ethanol business with the option of spinning it off completely. They are also taking other actions to restructure and deal with challenges they say include weather issues and trade pressures.

ADM announced a “series of measures to continue to underpin long-term-value creation” which included:

“First, to meet growing customer demand, ADM plans to repurpose its corn wet mill in Marshall, Minnesota, to produce higher volumes of food and industrial-grade starches as well as liquid feedstocks for food and industrial uses, phasing out production of high-fructose corn syrup at that facility as soon as committed deliveries are complete.

Second, the company is creating an ethanol subsidiary, which will include ADM’s dry mills in Columbus, Nebraska; Cedar Rapids, Iowa; and Peoria, Illinois. The ethanol subsidiary will report as an independent segment. The new structure will allow the company to advance strategic alternatives, which may include, but are not limited to, a potential spin-off of the business to existing ADM shareholders.

Finally, ADM has begun a series of actions to enhance agility, accelerate growth, and strengthen customer service. These actions include organizational changes to centralize and standardize business activities and processes, and enhance productivity and effectiveness; accelerating the capture of planned synergies after a period of acquisitions; and offering early retirement for some colleagues in the U.S. and Canada.

As a result of Readiness-based improvements in capital prioritization, project evaluation and project execution processes, and in keeping with the company’s commitment to returns, ADM also plans to reduce 2019 capital spending by 10 percent, to the range of $0.8 to $0.9 billion.”

Here are some financial stats from ADM’s first quarter earnings and a summary of how ADM’s various units did separately:

“The first quarter proved more challenging than initially expected,” said Chairman and CEO Juan Luciano. “Impacts from severe weather in North America were on the high side of our initial estimates, and the ethanol industry environment limited margins and opportunities.

“Despite a challenging start to the year, we continue to make excellent progress on our key imperatives for 2019: improving performance in certain businesses, accelerating our Readiness efforts, and delivering results from our growth investments,” Luciano continued. “We are very encouraged with our new Neovia business and the creation of a global Animal Nutrition platform. Readiness continues to expand our efforts to enhance our competitiveness. And additional actions we are announcing today will help us advance our goals to deliver best-in-class customer service along with long-term growth and shareholder value.

“With three quarters of the year still ahead of us, the continued advancement of our strategy, combined with an anticipated resolution of the U.S.-China trade situation and an expected acceleration of soybean meal demand driven by African Swine Fever, make us optimistic for the second half. Taking all of these factors into account, we remain committed to continuing to pull the levers under our control to deliver our objective of full-year earnings comparable to or higher than 2018.”

ADM Chief Financial Officer Ray Young said on an earnings call that the industry must stop the self-inflicted wounds, according to Reuters. “Our decision to monetize the dry mills is frankly a strategic decision on our part to basically help the industry consolidate,” Young said.

According to Reuters, “Last week, U.S. ethanol production hit 1.05 million barrels per day, highest in at least five years seasonally, according to U.S. Energy Information Administration data. Inventories climbed to 22.75 million barrels, not far from the record of 24.45 million hit in March. Producers such as Green Plains (GPRE) and Pacific Ethanol (PEIX) have laid off workers and idled or sold plants to stay afloat during the sustained downturn. Ethanol prices are down 42 percent in the last five years, while Green Plains and Pacific Ethanol have seen their shares fall 33 percent and 92 percent, respectively, in that time.”

“We don’t have a demand problem as much as we have a supply problem. There are just too many inefficient plants out there, and they need to go before we see a rebound,” said one ethanol trader on Friday to Reuters. “It’s not like we are producing DVDs or CDs that no one wants.”

“Exports may provide some temporary relief,” Scott Irwin, an agricultural economist at the University of Illinois told Reuters. “(But) without substantial growth from higher ethanol blends you are looking at situation where the U.S. ethanol industry has to shrink” over the next 5-10 years.”

As many companies have done before with pivots and moving from one area to another, ADM is following suit in order to boost profits and maintain competitiveness. We understand why they are doing it, it makes sense for the current time, but there’s a sense of “so long, farewell” sadness too since ADM is one of the world’s largest agricultural processors and food ingredient providers. What started in 1902 with George A. Archer and John W. Daniels as a linseed crushing business, to a huge ethanol powerhouse, to a recent shift to specialty food ingredients, nutrition and more, ADM is undergoing a transformation and we are excited to see where it goes next.