When four non-independent board members of a company resign shortly after that company receives a letter from an activist hedge fund seeking changes to the board, we can be forgiven for thinking that the fund is getting what it wants.  That’s not what seems to be happening at chemicals and climate control conglomerate  LSB Industries, Inc. (NYSE:LXU). Disclosure: I am short LXU $30 puts – an effective long position.

On December 30th, hedge fund Engine Capital, LP. published an open letter to LSB’s board, requesting the appointment of new, independent board members with industry expertise, and that several current directors resign to make room, and possibly to decrease the size of the board, which it considers large for a company this size.

If the company did not promptly achieve “significant progress,” the Engine Capital stated that it was “fully prepared  to nominate five directors by the January 23, 2014, deadline.”

That’s where the resignations come in.  In conjunction with the resignations, the board amended the company’s bylaws to “reduce the maximum number of members of the Board of Directors from 14 to 10 directors.”  Rather than opening up the vacated board seats for independent directors, the positions were eliminated.  Now, only three board seats will be up for election in 2014, down from five, and only two (down from four) will be available in 2015.

The percentage of board seats currently available fell only slightly, from 36% to 33%, due to the smaller board but that statistic does not reflect the true impact of the board’s moves.  While the resigning directors were non-independent as the SEC defines the term, few have the qualities which would lead us to expect that they will act independently of the Golsen family, which includes Jack Golsen, the company’s Chairman and CEO, and Barry Golsen, the company’s President, COO, and a continuing board member.  Jack Golsen’s current board term expires in 2016, while Barry Golsen’s expires in 2015.  Of the other continuing board members, most are over 60 years old, and most have served on the board with the Golsens for over 20 years, with many having served since 1969 or 1971.

The fact remains that the board will be able to claim that if the remaining three directors are nominated for re-election, they will be “independent” under SEC rules.  They are Mr. Robert Henry, Donald W. Munson, and Ronald V. Perry.  Mr Henry was appointed to the Board in 2013.  He is the President and CEO of Oklahoma City University, and fills a vacancy left by the resignation of a previous director (now deceased) due to ill health.  (Note: A previous version of this story incorrectly identified the previous director, Bernard Ille, as the probable nominee.)  Mr. Perry is a 63 year old travel executive, and is also a relatively fresh face on the board, having served only two terms starting in 2007.

Mr. Munson is 81 years old, and first become a director in 1997.  Munson was singled out in Engine Capital’s letter as the only director with relevant climate-control industry experience, although even this is not recent.  He was an executive at Lennox (NYSE:LII) and Trane, a division of Ingersoll-Rand (NYSE:IR), but he retired 22 years ago.

While it seems unlikely that that these three directors bring significant value or independent thinking to LSB’s board, they still qualify as “independent” under New York Stock Exchange rules.  This is likely to make them somewhat harder to defeat in proxy voting than the resigning directors: Steven Golsen and Tony Shelby are both employees of the company, and so clearly not independent even by NYSE rules.  Steven Golsen is the COO of the Company’s climate control business, while Mr. Shelby is the company’s CFO.  Not only are they not independent, but, as employees, the board has access to their knowledge and expertise whenever it chooses to ask for it.

One of Engine Capital’s critiques of management was over-promising and under-delivering when it comes to fixing operational problems.  It gave the example of LSB’s Pryor facility,  and quoted management saying:

“We expect to resume production [of the Pryor facility] during early in March. It takes a few days for warming up the catalyst when we start production,” and “…but as far as Pryor is concerned, they are all hooked up and ready to go, they are warming up the catalyst now.” Despite these comments, the Pryor facility was not started up until late April. In October 2013, the Pryor facility again was taken offline. The Company disclosed the issue only the following month during the 2013 Q3 earning call on November 6, 2013. During that call, management stated, “We expect to have the facility back in operation during November.” On December 3, 2013, management issued a press release stating that the plant was now anticipated to start up in December. It is now December 30, 2013, and shareholders have still not heard about the Pryor facility resuming production.

In the company’s response to the letter, the company noted that it had resumed production at Pryor, but that resumption turned out to be premature, and the unit was taken down again on January 8th.

I made two attempts to contact Engine Capital’s managing partner, Arnaud Ajdler, for comment, but have not yet received a response, possibly because of the Martin Luther King holiday.

Shortly after the above was written, LSB published an open letter to shareholders countering the arguments of Engine Capital’s December 30th letter.  It argued two main points:

Few shareholders have the resources or expertise to evaluate which plan is more likely to produce more value for shareholders, and p
lanning company strategy is the board’s job.  With three board positions likely to be contested at LSB’s annual general meeting, the relevant question for share holders is: Which candidates are most able to set company strategy and oversee management to protect our interests?

Board or Just Bored?

The current directors do not seem to have the qualities which would lead them to act independently.  The board Chairman and company CEO are the same person, Jack Golsen.  He has served in these capacities since he founded the company in 1969.  The combination of Board Chair and CEO roles is always questionable, as the role of the board is to oversee and provide strategic guidance to management, led by the CEO.  It takes incredible objectivity to oversee oneself effectively.

When a Chairman/CEO is also a company’s founder and has led the firm for 45 years, I find it hard to see how he could muster this objectivity.   The fact that other members of his family also hold so many leadership roles in the company would make the task of emotional separation even more difficult.

A strong and independent board can potentially provide objectivity if it is lacking in a founder/Chairman/CEO.  Unfortunately this does not seem to describe the current board or the three members up for election this year.  They are Ronald V. Perry, Robert Henry, and Donald W. Munson.  Mr. Perry is 63 and the head of a travel firm.  Mr. Munson is an 81 year old retired executive from Lennox, and Mr. Henry is the 60 year old president and CEO of Oklahoma City University (OCU).

Mr. Henry was appointed to the board in November 14th, 2013 to fill a vacancy left by the resignation due to ill health of an 86 year old former director who had served since 1971.

From Mr. Henry’s biography, he seems to be a leading member of Oklahoma City society, and he likely moves in the same circles as the Golsens, who are donors to OCU.  As a former Attorney General of Oklahoma and US Appeals court judge, he seems likely to be able to exercise independent judgement despite any personal relationship with the Golsens and their charitable donations to his employer.   Nevertheless, his appointment begs the question as to why the board did not appoint someone who had both industry expertise and independence?

Given the timing of the appointment, it seems likely that Engine Capital was already in discussions with LSB at the time.  The fund highlighted the lack of board industry expertise in its letter.

With this track record, even after the resignation of four non-independent directors, it’s difficult to imagine board providing useful perspective or objective oversight of management.

Lack expertise or objective oversight might not be a problem if the Golsen family’s 19% ownership stake aligned their interests with shareholders’, as the company’s letter claims.  But the family also has an interest in their salaries, which totaled $2.7 million for Jack, Barry, and Steven Golsen in 2012.

More importantly, the incentives for owners of preferred stock and common stock are not the same.  All of the company’s preferred stock is owned or controlled by members of the Golsen family, which, unlike the common stock, pays a dividend.  As part of the same SEC filing announcing the board resignations, the company declared $300,000 in preferred dividends payable to the Golsen family.  Common shareholders have never received a dividend.

The fact that preferred stock is entitled to dividends before common stock (that’s what makes it “preferred”) means that owners of preferred stock have more protection from poor company performance.  They also have a Preferred Share Rights Plan which could allow the Golsen family to acquire a large number of common shares at no cost in the event of a takeover attempt.  This Plan seems only to protect preferred rights holders from loss of control, not to align their interests with common shareholders.

With the resignation of four non-independent directors and reduction in the size of LSB’s board, the company has managed to appear to be making a step towards reform while making it harder for the activist fund to gain influence.  Gaining influence in a tightly controlled family firm is never easy.  It looks like the task  just got significantly harder for Engine Capital in its quest to unlock shareholder value at LSB.

LSB’s board claims that it has evaluated Engine Capital’s suggestions and found them wanting.  It also claims that its members are independent of the Golsen family, and that the family’s interests are aligned with common shareholders.

I would feel more comfortable that the board was making the right decisions if its members seemed independent and had relevant expertise. I’m hoping Engine Capital’s nominees will be better on both counts.

This article was first published in two parts on the author’s Forbes.com blog, Green Stocks on January 21st. 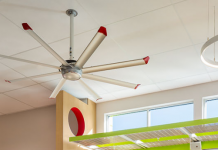