In October 2007, Tom wrote an excellent overview of the geothermal power sector. By way of recap, geothermal power produces electricity by using steam from naturally-occurring Earth heat that travels up from the planet`s mantle and core by conduction. Conventional geothermal harnesses hot water and fluids already present in the rock while enhanced geothermal systems (ESG) – or next-gen geothermal – works by injecting cold water into hot dry rock (HDR) and pumping out resultant hot water and steam.

In terms of business risks, geothermal stands at the confluence of mining and utility/independent power production. Extensive testing and drilling must initially be conducted to determine resource availability and quality. If sufficient resource potential can be ascertained, it is often just a matter of negotiating a power purchase agreement with a utility and connecting to the grid (the latter can be a real challenge!)

Geothermal’s excellent capacity factors, ranging from the mid-80s to the high 90s, qualify it for both baseload and peak (dispatchable) generation, thus making it the most valuable type of power there is. Unlike gas-fired generation, which accounts for the bulk of peak power today, geothermal power prices are not exposed to volatile energy commodities, although construction costs are impacted by the price of steel, cement, etc.

In the 2008 edition of Geothermal Today, the DoE’s EERE estimated that conventional geothermal electricity costs, before any reductions related to resource credits, between $0.63/kWh and $0.102/kWh to produce. Using crude (WTI), natural gas and retail electricity data from the EIA, I created the graph below to put this into perspective. The graph’s geothermal cost band is static and does not reflect actual cost evolution overtime – if it did it would probably be sloping downward with perhaps a lump in 2007/2008 when the prices of construction commodities peaked.

As mentioned by Tom in his original article, risks in the geothermal industry are heavily concentrated in the resource assessment and exploration phases, although the largest component of total development cost is facility construction. According to the investment bankers who underwrote a large chunk of the financing for the North American geothermal pure-plays, each hole drilled while looking for geothermal resources costs around $5 million, which is a fair chunk of change for companies with market caps of under $100 million (see table below).


Although geothermal’s high capacity factors and inherent predictability give it a clear edge over wind and solar PV, economical geothermal development is currently constrained to a handful of areas with the right geological conditions. This led Tom to call conventional geothermal “boutique” clean power, meaning it can never account for an appreciable proportion of total power production (although in certain regions it can definitely be scaled up substantially.)

The following table lists out the main geothermal stocks available to North American investors. Besides Ormat, the mother of all geothermal stocks and a mature and profitable company, the rest are development-stage companies that have taken a solid beating along with the rest of the alt energy sector over the past year.

Needless to say, the current financing environment is not favorable to either the mining exploration business model or the project development by inexperienced teams business model. This has resulted in more expensive capital for geothermal firms – Nevada Geothermal got a loan last September with an interest rate of 14% plus other fees, a punishing cost for any company.

What led me to want to write about geothermal – arguably one of the alt energy categories that has been the least discussed recently – was the announcement last Wednesday of funds for geothermal under the American Recovery and Reinvestment Act.

In fact, the pool of money announced was for both geothermal and solar, although geothermal caught my attention because I am working on a couple of geothermal mandates at the moment. Geothermal got $350 million, broken down as follows:

There unfortunately is not a whole lot of near and medium term actionable material for public equity investors in the ARRA geothermal package presented by the administration. The financing environment will most likely continue to be difficult for early-stage geothermal companies, and lower prices for natural gas probably aren’t helping its case. The immiment arrival of carbon trading in America could, however, provide tailwinds.

The package does, however, give a significant boost to unconventional geothermal resources that had traditionally gotten little attention outside of energy geek circles. If maintained, this financial commitment could substantially shorten the time line for these resources to play a notable role in our energy mix. Opportunities for public equity investors could thus arise before long. 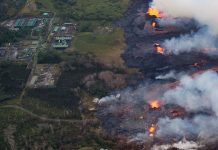 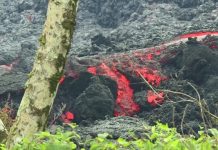 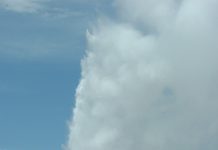