In my articles about Clean Energy Mutual Funds and Exchange Traded Funds (ETFs), I usually say:

Given the complex nature of the technologies, and the sparse coverage of many of the companies by industry analysts, there is still considerable room for active management in [Alternative Energy].  Many investors buy Renewable Energy stocks for emotional reasons, so an understanding of practical behavioral finance may lead to excellent buying opportunities in quality companies.

My recent update on the not-so-bad-as-might-have-been-expected performance of my ten speculative picks for 2008 might be an example of this.  Or it might have been luck.  But I’m not the only one trying to beat the market in alternative energy, actively managed mutual funds are also trying.  This is the only rational justification for paying their high fees.  If, after fees, an actively managed mutual fund has a higher return than a passively managed index fund or ETF, then it is worth paying the fee.  If the gains from active management are not enough to pay for the fees, then they are not worth paying.

* through Dec 27, 2008.  ** The New Alternatives Fund charges a front-end load, as well as an annual management fee, so actual investor returns will be lower than those shown.

Because the First Trust NASDAQ Clean Edge and Powershares Clean Energy ETFs (shown in white above) only contain US-traded stocks, I have eliminated them from the comparison.  The differences in performance are more likely to be dominated by the different investment universes than the difference between active and passive management.  Most well-established alternative energy players are foreign, so domestic-only funds are likely to contain a higher proportion of  more volatile stocks.  This means that domestic funds will tend to outperform in good years, and under-perform in bad.  This prediction is borne out by the performance figures above: QCLN and PBW underperformed nearly all the global funds in 2008, and PBW outperformed the three global funds which were around for all of 2007.

If the returns for my ten speculative picks (-55% for 2008) are included in the active management, the active management mean increases to -57.0%, and the standard deviation drops to 8.0%, but the comparison remains inconclusive. (Statistics geek note: Technically, I should be using a two-sample t-test to compare the two populations, but that test will always be inconclusive if the informal z-test I went through above is inconclusive.)

However, if you are willing to take the time to manage your own money actively, and do not consider the time it takes as a cost, the returns above show that it’s not difficult to beat most of the available funds just by reading this blog.  (As with actively managed funds, we don’t know if my results were due to luck or skill.)

On New Year’s Eve, I will publish an article with ten clean energy picks for 2009 (the link will be broken until then.)

Next year, we’ll have at least twice as much data.

DISCLOSURE: GAAEX is an advertiser on the author’s website, AltEnergyStocks.com. 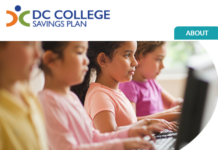 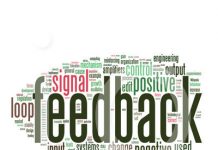 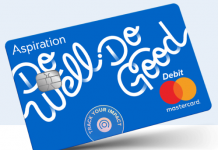