Most forms of electricity generation use water.  Thermal generation (coal, natural gas, nuclear, biomass, and Concentrating Solar Power (CSP)) evaporate water for cooling, although they can substitute air cooling, but only by sacrificing efficiency.  Moving in the other direction, many dry coastal regions use desalinization to essentially convert electricity into clean drinking water.   A plant  was recently approved in Southern California, despite environmental concerns. Lack of water use is one of the less recognized advantages of wind and solar photovoltaic generation, but is a significant advantage in the arid West.

Next week, I will be publishing an article which came out of a recent Hydroelectric power seminar I attended on Tuesday.   When a hydroelectric project requires a new dam, water will be lost due to increased evaporation, but even new hydro projects in existing channels will require consistent flows to be economic. Hydropower projects become more cost-effective with more consistent water flows, so expectations of future water flows are extremely important for planning new projects.

The effects of Climate Change on water availability are much less predictable than the effects on temperature, and these effects are not limited to just changes in rainfall patterns, changes in evaporation, and changes in snowmelt.  According to Ken Knox, a water resources engineer at URS Corp (NYSE:URS), and former Colorado Chief Deputy State Engineer,  the largest driver of decreased water availability in Colorado (and the rest of the arid West) is not changes in precipitation, snowmelt, or evaporation, but a longer growing season due to warming.  Farmers, many of whom hold very senior water rights, are taking advantage of a longer growing season to plant more crops.  They then irrigate for much more of the year, using more of the finite water supply for longer periods.

For prospective hydropower projects, this means that new projects installed in existing irrigation ditches with senior water rights are likely to be able to generate power for longer from more consistent flows.  On the other hand, any project relying on less senior water rights is likely to see decreasing and less predictable flows, which will reduce the viability of such projects compared to how they would have performed under historical conditions.

For other decisions between renewables and conventional generation, and even when choosing between types of renewable generation, I expect availability and cost of water to be an increasingly important factor.  Nuclear generation for baseload power becomes significantly less advantageous when it must be shut down due to insufficiently cool water for cooling.  Similarly, there was local consternation in the Colorado activist community when our utility, Xcel Energy (XEL), chose to meet an Renewable Portfolio Standard requirement with a photovoltaic rather than CSP plant in the San Luis Valley.  From reviewing the regulatory filings, I became convinced that the lack of availability of water on the site made the choice of photovoltaics a forgone conclusion.  The number of  projects where the availability of water plays a large role in determining the final outcome can only increase as available supplies decrease or become less predictable. 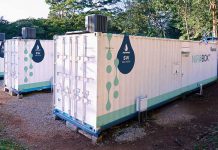 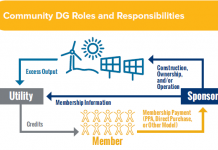 Clearing Up Some Confusion Over Community Solar In New York 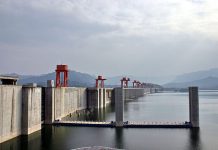