As well derricks cast oily shadows across the landscape, Air Products and Chemicals, Inc. (APD:   NYSE) has installed Saudi Arabia’s first hydrogen fueling station.The set up is tucked safely into APD’s new technology center in a science park, but the significance of this incursion into oil and gas country can be felt across the region.The fueling station, which incorporates APD’s SmartFuelhydrogen fueling technology, will service six Toyota Mirai fuel cell electric vehicles. Undertaken in cooperation with Saudi Aramco, the project is intended to demonstrate the potential for hydrogen as transportation fuel.

Hydrogen has potential advantages over conventional fuels, including Saudi Arabia’s oil and gas.  First, hydrogen is versatile.  It can be used in fuel cells like APD’s SmartFuel innovation or it can be burned directly in internal combustion engines.  Second, hydrogen is abundant and can be made readily available all over the world.

On the surface combustion of hydrogen appears to be environmentally friendly because it is clean burning.  Hydrogen combines explosively with oxygen, releasing energy and forming nothing more than water.  However, this end-use view ignores the production step, which depending upon the method, can be highly polluting.

It is possible to produce hydrogen with hydrolysis where electricity is applied to water to separate hydrogen from oxygen.  The method is comparatively inefficient compared to the steam methane reforming method that separates hydrogen from natural gas.  Naptha or refinery off-take gas can also be use.  As a consequence of the economics, steam reforming is used to produce about 95% of hydrogen in the market today.  Unfortunately for the environment, a by-product of the steam reforming method is a great deal of carbon dioxide that most producers just release into the atmosphere.

Why did Saudi Aramco tap APD for its hydrogen project?  It is probably because APD is a world leader in hydrogen production and sales, operating facilities with 2.7 billion standard cubic feet per day production capacity. APD is not standing on its steam reforming experience alone.

APD engineers are working on a system to capture CO2 from two steam methane reformers located at Port Arthur, Texas.  It is a project that has been undertaken in cooperation with the Industrial Carbon Capture and Sequestration Program of the U.S. Department of Energy.

APD is also working on a proprietary ‘precombustion decarbonization’ technology using a process called ‘sorption enhanced water gas shift’ or SEWGS.  APD has so far been silent on its progress, but others have reported tests of SEWGS achieving 85% CO2 avoidance with 39% energy efficiency.  APD is working with the Energy Research Center of the Netherlands on the SEWGS project.  British Petroleum (BP:  NYSE) leads a group of energy companies and research institutes that are supporting this project and others.

It is clear that the incumbent players in the oil and gas industry have been at least cooperative in initial efforts to clean up fossil fuel combustion.  Saudi Aramco has been named among the top 100 companies responsible for the vast majority of greenhouse gas emissions.  The social liability is evident even if governments have not yet seen fit to hold companies legally accountable for the climate crisis that now imperils us all.

Given the risks associated with climate change for all industries, the prudent man rule alone makes it imperative that investors take environmental considerations into account in every decision.  Investors must make certain new capital is directly carefully to not only support those companies that innovate renewable fuels, but also entice greenhouse gas producers to quickly adopt environmentally friendly processes.   Capital is better placed with those companies such as APD that are pursuing solutions.

This article was first published on the Small Cap Strategist weblog on 6/18/19 as “Hydrogen in Oil’s Back Yard”. 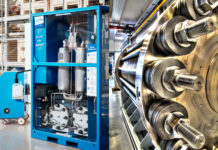 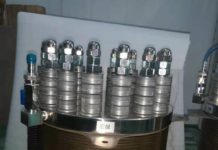 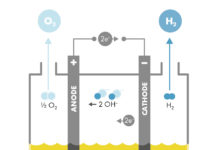 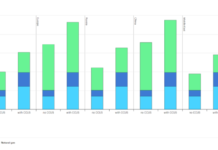