Early this morning we learned that Japan’s second-largest city gas distributor Osaka Gas, is in talks to import natural gas from Dominion Resources, Sempra Energy and Freeport LNG. Apparently, Osaka is looking to invest in LNG-export plants in Texas, Louisiana and Maryland, as well as fields near those facilities.

Following Fukushima, Japan’s LNG imports have surged. And some are expecting the U.S. to ultimately supply 20% of all Japan’s natural gas imports. As I’ve mentioned in the past, I’m extremely confident that the U.S. is going to start exporting more and more of its natural gas bounty. Between new demand in Japan and the fact that the stuff is going for $12 per million BTUs in Europe and $18 in a few Asian markets, there’s no way we’re not going to jump on this opportunity.

The fact is, natural gas is dirt cheap right now. And producers will not ignore the boatloads of cash they can make from exports. In fact, there are currently nine domestic producers in line to get approval to export roughly 10 billion cubit feet of LNG per day. Despite those who think we need to hoard everything, the market will dictate the decision on this. I remain extremely bullish on LNG exports. 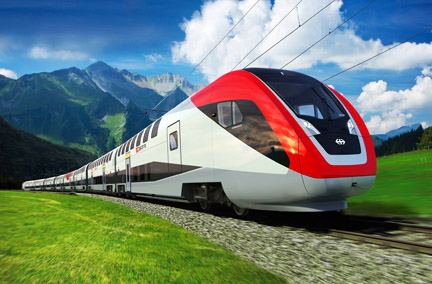 If the market cooperates today, there could be a little bit of momentum for the stock. If Bombardier was strictly a train play, I’d be all over it. But there’s still a bit of stink on the company’s Aerospace division, which took a hit last quarter. That being said, I don’t think this division is quite as bad off as some would lead you to believe. Certainly the company’s business jet market is doing pretty well. I’ll be interested to see how next quarter’s aerospace division performs. As for its rail division, it remains solid.